Did The Empire really strike back? 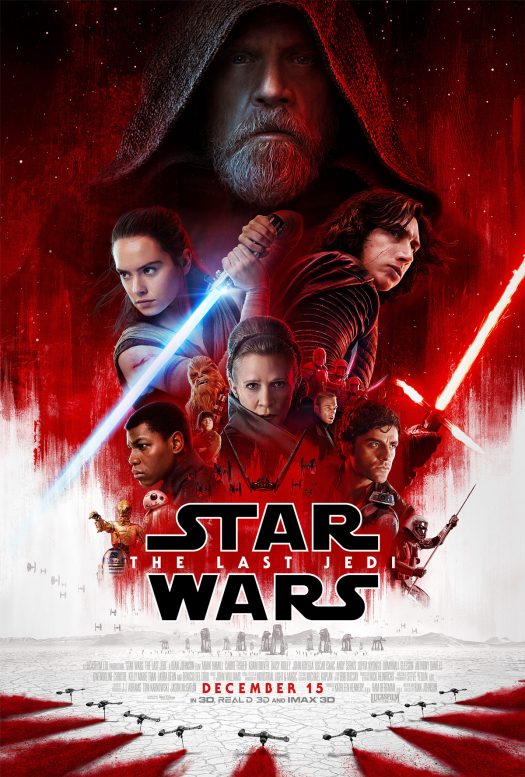 When I first walked out of the theatre, I wasn’t too sure how I felt about the movie. So I had to go home, read some Dr. Seuss “novels,’’ plan a robbery, and finally realize my stance on this movie.

I thought that Star Wars: The Last Jedi was just… well, fine.

However, that comes from a perspective of a person who has only seen the past two recent Star Wars movies. But even though I thought the movie was fine, my problems with it are huge.

I don’t usually like to start with the negatives but I also was expecting a better movie, so I’ll make an exception this time. The Last Jedi is a terrible sequel to Force Awakens. Just, terrible. A lot of questions and characters were set up in Force Awakens, but all of that is either forgotten or had a reveal that didn’t make any sense.

Some might say that these are twists and the audience is supposed to be surprised. But since I didn’t get my Disney check yet and can still be honest about my feelings, I have to be honest that these  “twists’’ feel more like gotcha moments. Unlike twists, these gotcha moments come out of nowhere and made me feel more confused than surprised.

“I thought this movie was painfully similar to a lot of previous Star Wars movies, like New Hope, Force Awakens, Return of the Jedi, and others,” said Minkin. “Rebels narrowly escaping the empire, a huge imperial attack ship with one critical vulnerability that the rebels exploit, a battle at a rebel base on an icy planet featuring huge quadruped AT-ATs, the Millenium Falcon, token cute creatures to appeal to young-ins in the audience, a dark lord of the Empire that gets killed at the end, etc…’’

Problem #2: the time.  This is the longest Star Wars movie, clocking in at an outrageous two hours and 30 minutes. Now some of my favorite movies, like The Dark Knight and Captain America: Civil War, are around the same length as this movie.

Yet the difference between this movie and those movies is that there isn’t a big chunk of the movie that can, and should, be cut out of the movie. The whole subplot with Rose and Finn was easily some of the worst written and unnecessary part of the movie. Every time something interesting was going on with Rey or Kylo Ren, we’d have to suddenly cut to Rose and Finn riding on CGI monstrosities with some slave kids. This subplot takes up a good half of the movie, and this movie would just be ten times better without it.

As if the awkward plot twists and elongated movie time weren’t bad enough, the terrible characters were the icing on top of a bad-tasting cake. The one that comes closest to mind is Mary Sue with a bow staff or Rey, for short.

SPOILER ALERT: I didn’t want to spoil this movie, but I can’t help it. Rey literally beats LUKE SKYWALKER in a fight. LUKE. SKYWALKER. I don’t care how old he is, he should have not been beaten by someone who hadn’t held a lightsaber until a few days ago.

Just like in the previous movie, Rey is a character who is good at everything: she is all-powerful and can do nothing wrong.  But no matter how hollow it is, at least she’s given a character, unlike Finn who is given a big job but it does nothing to build his character.

Honestly the only character that actually had an arc and some growth was Kylo Ren. You see this character have this inner conflict of good and evil, you learn a little of his backstory, and his relationship Rey is some of the best in the movie. For all the other characters in the movie, like  Snoke the Gray Raison, Superman Leia, annoying Rose, token black Finn, and the child slaying Luke Skywalker are either a waste of a character, have no character, or do things the character would never do.

Now no matter how hard it is to believe, I did like some things in the film. Well actually, I really only like two scenes. The lightsaber battle with Rey, Kylo, and Snoke’s bodyguards? Dominant. It was very thrilling, brutal, and probably the best lightsaber fight in the entire Star Wars series.

If I have to be honest, I purely like this other scene only because it looks amazing. When  Vice Admiral Holdo  uses  lightspeed… that’s all I’ll say about that. Now while it does make you question why lightspeed hasn’t been used like that before, you’re so deep in your nerd-gasm that you’re surprised that you even know your name.