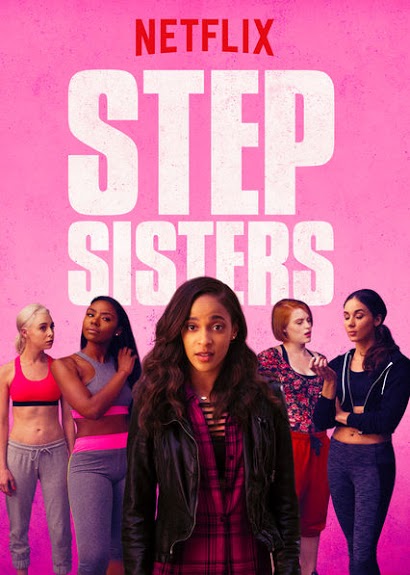 So far in 2018, Netflix has released quite a few original movies, Step Sisters being one of them. It was hilarious but underwhelming, to say the least.

Step Sisters is a comedy with an underlying message of race based in college. Jamiliah, the main character played by Megalyn Echikunwoke, is a star student and hopes to get into Harvard Law school where both her parents attended. In order to do that, she needs a good recommendation letter from a Harvard alumni ,and her parents won’t help. After an inappropriate incident by the white sorority SBB, Jamilah is asked by the dean, another Harvard alumni, to turn that group of girls into a respectful sorority that the college can be proud of. He tasked Jamilah with helping the girls win the annual step competition. That’s where things get messy because well… white girls stepping.

Overall the movie was good but a bit underwhelming. The movie focuses on cultural appropriation in college and the end result was a nice finish.

However, the characters were pretty hard to relate to and some parts, like the sexual innuendos, felt like it was pushing it with a rating of PG-13.

First of all the sorority SBB seemed a bit… wait, a lot too unrestricted. They were the “party animal” sorority and one would think that the school would have put restrictions on them long before the start of the movie. Anyway, the movie kind of went into depth about why some of the girls joined the sorority and why they act like that, like one of the girls being an undercover stripper, but it just didn’t seem that realistic.

Even though her sorority sisters didn’t agree with white people learning how to step and basically taking another part of black culture, the way they expressed it was interesting but not truly developed.

While some aspects of the film were lacking, the acting was great and so was the choreography. The movie will most likely remind you of a mixture of Pitch Perfect or Dear White People, the latter being because  the writer Chuck Hayward of Step Sisters is also the writer of Dear White People.

In the end,this movie deserves a 7 out of 10 rating. It was entertaining and funny and attention-grabbing.

For some parents, it may be too inappropriate for children because of the  sexual jokes, drinking, and cursing.

However, for us mature high schoolers (*wink*), it’s a nice movie that’s worth watching for laughs.