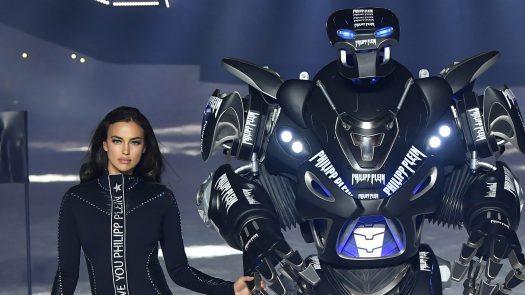 ▲
These two are rocking the show
google

▲
These two are rocking the show
google

Fashion Week 2018 kicked off its season on February 8, 2018, as hundreds of stylists, celebrities, and fashion icons alike made their way to the runway sidelines to watch the biggest names in fashion flaunt their newest designs.

What exactly is Fashion Week? Fashion Week is an event where fashion industries, such as Gucci and Versace, display their designs to buyers. The event lasts for one week and its biggest shows are located in New York, Paris, London and Milan, known as the Big 4.

The shows are held for one week at a time, in the Spring (for Fall/Winter trends) and Fall (for Spring/Summer trends) to present their ideas for the seasons to come.

Each location has its own specific and unique style tied into it. New York Fashion Week (NYFW) is more hip and diverse, whereas London Fashion Week comes off as more experimental and edgy, seeing as how it is the youngest of the “Big 4,” where new creators can come and display their work. Milan Fashion Week holds the title for being the most glamorous and provocative (using mainly form-fitting outfits) out of all 4. Paris Fashion Week is based off of creative elegance, with high end brands such as Chanel and Dior displaying such designs.

First things first, the 80’s are making a comeback for these upcoming Fall/Winter months. Many fashion icons from the era are either no longer alive, or are currently retiring.

Venezuelan-born designer Carolina Herrera gave her final bow on February 12th, now that the artist is retiring after 37 years and handing down her label to Wes Gordon, a designer who had once interned at Oscar de la Renta and Tom Ford.

Something that Herrera, amongst other designers, had included was animal print pieces. In her final collection, Herrera began by displaying a tribute to her iconic business casual clothing, following with glamorous outfits, that came in an array of multiple colors that went everywhere on the color spectrum, most specifically, neon blue and pink tones.

“I really do like Herrera’s collection. I think the designs are pretty cute,” said sophomore Miladi Rodas Cruz. “I just hope Wes Gordon doesn’t flop though. That’d be a shame.”

Whether the show be held in Brooklyn or somewhere on the Upper East Side, the collections included brought a sense of pop and diversity that drew in the buyers and audience. This year, NYFW stepped up and displayed an abundance of female empowerment.

Becca McCharen stepped up this year and had plus sized models on the runway, examining the issue of self-love and inclusion of women whose clothing sizes are bigger than the “average” model.

Though it was subtle, even designer Tom Ford intertwined the #MeToo movement and 80s fashion trends by having models strut down the runway with purses that had the words “P***y Power” bedazzled onto them, along with matching 9 to 5 heels.

“I find it interesting that they have a bit of everything included into the shows, where it’s not JUST about clothing but about other social issues as well.” Said sophomore Tania Fuentes.

For the first time since 1997, Anok Yai was the second black woman to ever open a Prada show, after Naomi Campbell. Yai was casted by Next Models just last fall after being discovered at Howard University’s homecoming. She made her runway debut as the first girl to walk out for Prada men’s fall/winter show 2018.

Another thing that caught many of NYFW fans off guard was the fact that model Irina Shayk opened Philipp Plein’s show, walking hand-in-hand with a robot. Yes, an actual robot.

Shayk walked out of a UFO that landed on the fake snow scattered onto the runway, as the robot as recited the lines:

“Fly me to the moon

Let me play amongst the stars

On a, Jupiter and Mars”

Which had then kicked off the show by properly playing Frank Sinatra’s Fly Me to the Moon in the background.