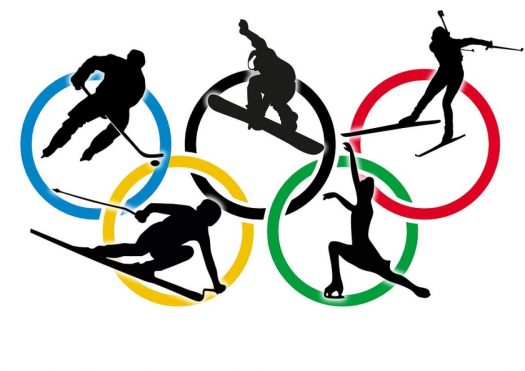 The Winter Olympics is an international major sport events that lets people from around the globe perform in front of millions of people showcasing their hours of training and dedication.

This year’s Winter Olympics were held in Pyeongchang and over 2,000 medals were awarded.

After the games were over, team USA placed fourth overall, winning over 24 medals.

This year’s snowboarding event was definitely an event to watch with over 30 medals awarded in this category, half of the gold medals being awarded to representatives from the US.

The representatives from the US showed outstanding performances as they dominated the snowboarding competition.

Redmond Gerard and Jamie Anderson won gold medals in the men and women’s slopestyle competition. Shaun White, who has competed in the Olympics 4 times, winning every olympics from 2002 to 2007, and Khloe Kim, who has never competed in a the olympics due to the age limit, also won medals for team USA in the men and women’s halfpipe, shocking the other nations by getting half of the gold medals in the snowboarding category.

Although the U.S. dominated much of the snowboarding competition, the same cannot be said for the bobsled competitors.

This year’s bobsled event was overrun by Germany’s team, who won over three gold medals in this category, while Canada came in second, winning only one gold medal. This shocked the nation as only two countries won gold medals in that category.

“It was very entertaining and competitive even though we lost,” junior James Freeman.

In particular, Maia and Alex Shibutani aka the ShibSibs came in 3rd place in the overall standings as they danced to three hit songs by Perez Prado.

The next Olympics games will be in the summer season of 2020 in Tokyo.