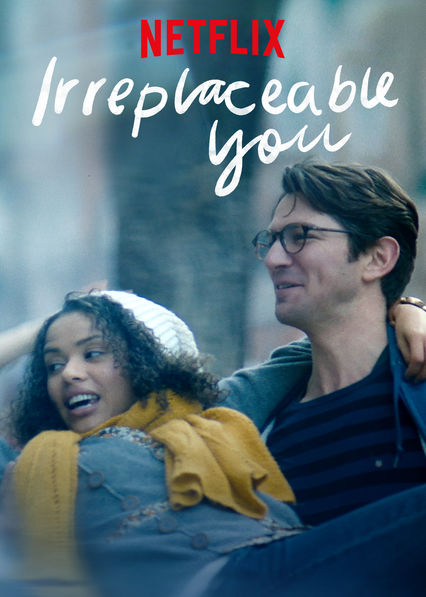 As a diehard fan of all things romance, when I found out a new romance movie was going to be released on Netflix I was ecstatic!

Little did I know, the movie would be a little more emotional than I was expecting it to be because, as much as the movie was romantic and funny, a movie about cancer is never one that can be taken lightly and without emotion.

“Irreplaceable You” focuses around the newly engaged couple Abbie, played by Gugu Mbatha-Raw and Sam, played by Michiel Huisman, who receive horrible news in place of better news which changes their lives drastically. After a trip to the obstetrician to speak of Abbie’s possible pregnancy, it is revealed that what she thought was a growing baby was actually a growing tumor in her pelvis. It is revealed that she has three stage-four cancerous tumors in her pelvis.

The movie itself begins from the end as we hear Abbie’s voice narrating an explanation of love and her life then death, then her fiance visiting her grave. A beautiful scene occurs as Abbie’s narration lovingly says, with a hint of sorrow, “Hi Sam,” and Sam replies back, “Hi Abbie”, not hearing her ghost of course, but the scene is a slight tearjerker for anyone with a weak heart like me.

This is then followed by their first loving encounter, at the young ages of eight when Abbie bites Sam shoulder, breaking the skin and requiring stitches. Then, a montage of how the two’s loving relationship blossoming from childhood to adulthood, leaving my mind repeating the thought “goals!” It was truly a romantic reality I wish to encounter.

The chemistry between Abbie and Sam was one that is unforgettable. Not only are they the perfect “finish each other’s sentences” type of couple, they also look well together and their families seem to love each other; a perfect, beautiful interracial couple is always nice to see in modern romance movies.

Even in times of panic and hardship, Abbie and Sam found a way to keep each other grounded and even make each other laugh. But after a while, flaws that the two share, especially in communication, become revealed which causes a bit of friction between Abbie and Sam.

They’re completely one of those couples that when they hit the rocks you can’t help but think, “No! I was rooting for you two!”

The movie also had many very interesting and profound supporting characters and featured many well-known actors and actresses.

Such as academy-award winner Christopher Walken who brings his talents to this film as well as Abbie’s new friend from cancer support group. While everyone else in the group is a bit of a wack bunch, Myron, played by Walken, is one of the more sane group members.

From the first encounter, he became my favorite character with his wise-old man ways and funny yet brutally honest comments, he immediately took spot as the best character in my opinion. Walken, who often times serves as the sage advice giver in films, continues with this characterization, adding life lessons and takeaways for viewers.

Another mix of sadness and  light-hearted humor, the type that comes about from the honest and true points of life, is when Abbie cancelled not only her wedding reservation (a true moment of defeat for her), but also her gym reservation with “Crunch”, giving the perfect explanation that she is “officially dying so [she] kind of feels like why work out?” The Crunch employee then tries to convince her to stay clearly overlooking what she had just heard.

Moments like these made the movie bearable to watch as at least most parts would soon be followed by a slight laugh.

As the movie progresses on, Abbie begins to change from her groovy-granola ways to being a little more open minded and flexible with her health since she’s going to die anyway. She laughingly tries her first puff cheeto and comments on how it goes from disgusting to bearable, Myron telling her that they soon become delicious, just try a few more as they watch for hawks.

The hawk becomes an overlooked symbol that comes back in the end.

Still, most of all, she becomes obsessed over how Sam’s life will be once she’s gone which I could relate to and it wrung sympathy out of me, but after a while, it became a bit much.

From interviewing girls to making instructional sticky notes to buying an engagement ring for his future proposal to someone new, Abbie’s life purpose becomes making things perfect for Sam, leaving him frustrated and lonely. Does Abbie really think he can’t make it on his own once she’s gone?

Then once he begins to slightly follow along with her plans, she grows angry and the relationship shatters, the two begin growing apart.

The biggest problem I had with this movie was the scene when Sam comes home late from supposedly sleeping with another woman. I believe he went to the woman for a shoulder to cry on, since she was an acquaintance and he came home looking like he had gone through a rough emotional moment. Whether or not he slept with the woman is not revealed, but that is what Abbie believes and she grows angry, locking him out of their SHARED APARTMENT, then growing extremely distant from him. Not only did this make me very sad, but very frustrated for Sam, he hadn’t done anything wrong and if anything, he did exactly as Abbie was hoping he would do!

From this scene on, everything goes downhill and the humor stops for a while.

While anyone familiar with romantic dramas can make an accurate guess of what will happen in the end, the plot does take some different twists and turns that leave the viewer drowning in a sea of tears.

Overall I would give the movie 4 out of 5 stars.

I do have a sweet spot for romance which is why it received an extra .5, but otherwise the movie had a very nice mix of sweet and sorrow.

The one thing that did get me is it had some very cliche moments, like “finish the sentence on the first watch” cliche moments, which isn’t always the best in my opinion, but still not the worst.

Certain scenes were a mix of very contradicting moods which worked in favor of some scenes and out of favor for others. It was also a very cram-packed movie with everything happening very fast, and many scenes could have used more explanation.

In my opinion the main problem was the time length. Not only did this turned out to be the longest hour and 30 minute movie I have ever seen, but for a movie with such a plot, it would have been much better if it had been an extra 30 to 45 minutes long; an hour and 30 minutes was too short for this one. Still overall, Irreplaceable You was a great romance movie for one who likes an emotional rollercoaster ride, just make sure you have a box of tissues or two close by.