Make your stalking and obsession a reality 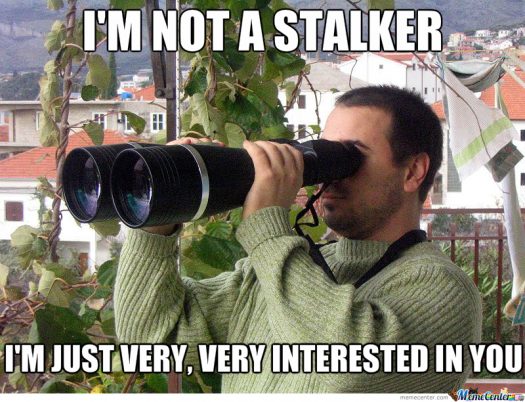 Getting rejected sucks. Before you can get inducted into modern enslavement called a relationship, you have to first get the girl or guy. This first step might sound easy for the ladies but for the fellas, we’re basically being asked to put a pink collar on a feriocious dragon.

Yet some of us are able to get that collar on and fly that dragon to a sunset, also known as happiness and teen pregnancy, while the rest of us stay single and childless.
I’m here to help you baren teenagers or not fully developed adults to not only bounce back but to also bounce better.

First, you have to get rich. Anyone who has ever said you can’t buy happiness was most definitely a poor person. If you ever want to make someone regretful or jealous, it is important to be able to wave a few hundreds in their face.

Now you probably won’t get that rich until you’re in your twenties or thirties, in which case many “normal” people would have gotten over the heartbreak, but you still have to prove that girl missed out.

You may be thinking “Once I get the money, how do I flex with it?” You buy your old high school and turn it into a cemetery. What to name this cemetery? After the girl who somehow managed to play Twister and Jenga with your heart.

Is it petty? Yes. Do you care? No. You’re not doing this because you have severe attachment issues; you’re doing this because you want to win this TOTALLY REAL battle that started after her rejection. Then you could finally update the score from 5,051 to 1 all the way to 5,051 to 2. However, getting rich isn’t the final solution your “stable” mind is looking for since the next step may be to burn some bridges.

You have to make a donation, in her name, to the Trump 2020 campaign. In today’s society, there is no better way to ruin someone’s personal and professional life than to reveal that they’re a Trump supporter. All her liberal friends will call her a racist, her mother will disown her and adopt a Haitian baby, and she’ll most likely get deported to Russia because the CIA will arrest her for being a  spy.

So far you got rich, made her a symbol of death, and had her American citizenship revoked.  Nevertheless your obsession– I mean perseverance– isn’t done yet.

You must now ruin her current “happy” relationship. Seeing that she could never possibly do better than you, the guy she settled for has to be an accountant. Sure, accountants are paid very well, but it doesn’t roll of the tongue like cemetery owner.

You decide to buy the guy’s accounting firm, even though you know no less about accounting than you do about boundaries. Your time as an the owner will be short due to your lack of experience and chronic fear of numbers.

With that being considered, your number one objective is the humiliate the guy who’s dating your “almost” girlfriend. You have to start calling him Steve.  The likelihood of his name actually being Steve are as likely as you not wearing your  Thomas the Tank Engine onesie anymore. Call him Steve when his mom visits, when his dog dies, and if given the chance you call him Steve at his child’s Bat Mitzvah. Fingers crossed that he’s Jewish.

We’ve finally made it. Without an ounce of shame or embarrassment, you’ve graduated from the University of Stalkers and Creeps, with straight A’s at that.

I know that you expected that there would be more things that could be done now but you sadly haven’t sunken deep enough into the continuing abyss of insanity. All in all, listening to these guidelines to success may not get you the girl because she’ll undoubtedly be terrified by everything you’ve done, but it will lead to a path that not many people decide to take: parole.