Who will make it to the 2018 NBA championships? 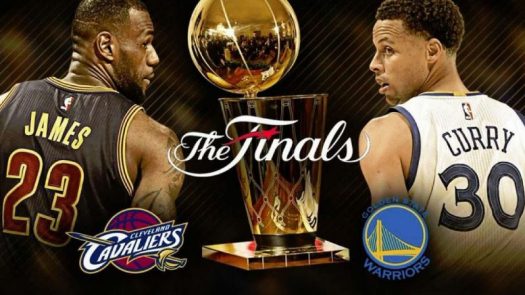 ▲
The Cavs and The Warriors have been long time rivals
Google

▲
The Cavs and The Warriors have been long time rivals
Google

The NBA playoffs is underway and the question everyone is asking is: are there any teams that can prevent yet another Cavs-Warriors matchup in the finals?

The Houston Rockets look to be the best team in the West with a record of (65-17) heading into the playoffs. The Golden State Warriors have been the number one seed in the west for the past three years with records of (67-15), (73-9),and (67-15), but this year they came up short of being the number one seed with the record of (58-24) being seven games behind the Rockets.

Xavier Prescott said “I feel that the Golden State Warriors are going to win this year and go back to back because they are the most experienced team in the playoffs and their team is to deep.”

The Boston Celtics who finished second in the East with the record of (55-27) were in first place all year up until the end of the season when they began to lose. Heading into the playoffs they lost one of their star players Kyrie Irving, not to mention they also lost Gordon Hayward in the very first game of the regular season this year.

“I think the Philadelphia 76ers are going to the finals because Ben Simmons and Joel Embiid are a great duo with an unbelievable basketball IQ,” said senior Donte Stafford.

By the looks of the regular season and all the trades that has happened over the season, the the Warriors and the Cavs may not make it in the finals the year. The Cavs have struggled all season trying to get on a hot streak.  The Warriors just lost their star player Steph Curry to a leg injury. The Warriors have a chance at making, the finals but they have to beat the San Antonio Spurs without Curry first.