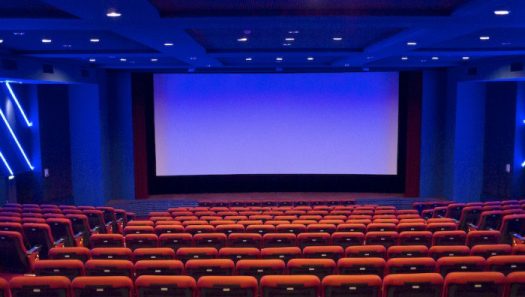 ▲
The movie must be ready for the next crowd
Google

▲
The movie must be ready for the next crowd
Google

Year after year, movie fanatics get flooded with upcoming blockbuster films, and this year is the most anticipated year for movies the world has lived to see.

No matter what preference someone has, there will be a movie for everyone this summer. If movies aren’t your forté, this could help with last-minute date nights .

On April 27th, one of the most anticipated movies of the year released with many high hopes: “Avengers: Infinity War.”This movie has been the pinnacle of all Marvel movies, and fans have been waiting for 10 years for it to release.

The Russo brothers, directors of the film, have been keeping a lot of spoilers from fans but released just enough to make the fans bite their fingers. For example, a major Marvel character  will be dying in the film and won’t be returning.

“I’m not really a huge fan of Marvel movies but all the hype surrounding this movie really makes me want to go watch it,” said senior Kelly Palma.

On May 11th, “Breaking In” will be releasing and moms especially won’t want to miss this movie. When her children are being held captive, this mother, played by Gabrielle Union, can’t help but fight her way back to them.

For the movie enthusiast who specialize in horror films, they won’t want to miss “Slender Man”, a well-known horror figure who has became very popular over the years, released on May 18th.  “Slender Man” follows the alleged real-life boogeyman that so many people grew to fear on YouTube when videos of Slender Man started to circulate. Although the synopsis for the movie is short and vague the trailer suggests that a high school girl goes missing and it doesn’t stop with just her.

After a  “Finding Nemo” sequel, it was apparent that Pixar has a tendency for keeping people on the edge of their seats in anticipation. So after the installment of “Finding Dory,” there was word that “The Incredibles 2” was being made.

After 14 years, we now have two trailers and a release date. On June 15th, nostalgic fans everywhere will be able to see this family back in action.

“I don’t really feel some type of way for waiting [14 years for “The Incredibles 2”], but it’s definitely something I’m going to watch”, said senior Jocelyn Vasquez..

For people who love real stunts from the legendary daredevil of Johnny Knoxville, you wouldn’t want to miss “Action Point” on June 1st. This movie follows D.C., played by Johnny Knoxville, and his broke down amusement park. When his daughter visits him for the summer that’s not everything that comes along, a new amusement park jeopardizes his own. With the help of his daughter and loony crew they bring various new attractions, that don’t really follow the safety guidelines.

Also in June, famous music video director Director X is showcasing his work on the big screen with “Superfly,” featuring Trevor Jackson, Jason Mitchell, and Michael Kenneth. “Superfly” takes place in Atlanta and depicts a more dangerous side of Atlanta, with all the hustling and trafficking.

Wondering how the “purge” started to begin with?  On July 4th fans will be able to see when the government decided to legalized murder for 12 hours, resulting in brutal deaths across the nation, in “The First Purge”.

No matter the genre, Summer 2018 will prove to have something for movie amateurs and movie buffs alike.

“Movies are just going to get better over the years and I’m going to be there to watch them,” said movie fanatic Alec DeLeon. “I’ve loved the movie theater since I was a kid and it’s honestly one of the best feelings.”