Spider-Man: Into the Spider-verse: The most marvelous movie of the year 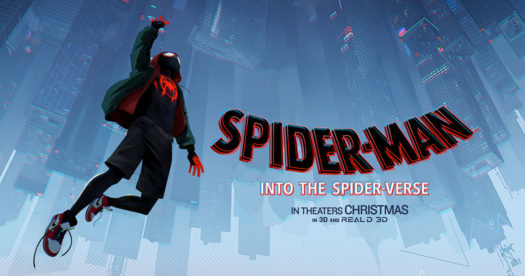 ▲
Spider-Man: Into the Spider-verse is highly beloved by critics and fans
Google Images

▲
Spider-Man: Into the Spider-verse is highly beloved by critics and fans
Google Images

“Spider-man: Into the Spider Verse” is not only the best Spider-Man movie since “Spiderman 2”, or even  one of the best movies of the year, it also proves that Hollywood movies can be creative,innovative, smart, and make bank at the box office without sacrificing quality or treating its audience like they’re idiots.

“Spider-man: Into the Spider-verse” is indeed the seventh Spider-Man related film in less than a decade, but it is the only Spider-Man film to not star Peter Parker as the traditional hero. Instead, it follows the origin story of African American/Puerto Rican, Miles Morales, as he learns what it means to be Spider-Man after being bitten by a radioactive spider. Also unlike those previous six Spider-Man films this one travel through alternate universes that introduces all types of Spider- people from vastly different universes.

What makes this movie such an instant classic from start to finish is its love for the main characters. Whether it’s Miles Morales Spider-Man, Peter Parker Spider-Man, or even the cartoonish Spider-Ham; the movie understands who spiderman is and what he means to fans all around the world. The movie shows it’s impressive knowledge of the character from its almost uncountable references to the comics, the original Spider-Man trilogy, famous Spider-Man writers and artists, and basically everything under the sun.

People may be worried that there’s “too many Spider people”, and those people are fortunately incorrect. Even though they’ll be a scene where Spider-Ham makes some hilarous joke or Spider-Man Noir may flex his broody muscles by making a comment about his immense internal suffering, this movie is a Miles Morales story from start to finish. The variety of characters don’t take from the story, but build upon the movie’s message that anyone can be Spider-Man.

Now I can’t go on any longer about this movie without acknowledging its fantastical animation. The movie has a style and flare to it that most people may have never seen in their lives. It’s a eye-catching use of half- toning, which they use dots and patterns to convey shade and light, wavy lines and smeared colors to indicates motion and wrote new animation software that made the faces in the movie seem like their were drawn by an actual comic book artist.

What would make this movie so great for no just Spider-Man fans, but comic fans in general, is that the movie is essentially a moving comic book. There’s word bubbles that allow you to see what a character’s thinking, the transition to a new scene would look like the turn of a page, and during an action scene viewers get to see punches and kicks accompanied with a “BANG”, “POW”, or “BAGEL”.

The movie really focuses on the ideas of multi-universe and the movie’s center cast are a variety of Spider people that come from different universes. Characters would have distinct looks and movements that without even saying it, you’d know that all these characters aren’t from the same place. The way the characters are animated contributes to how they act or interact with other characters.

This movie isn’t just an event for Spider-Man or animation enthusiasts, it’s also the type of movie that parents should be taking their children to. In this “kid’s film” it tackles such complex themes of losses and finding your place in the world with such earnestness, grace, and sincerity that it does better than most movies that are aimed at adults to do these things. In this movie characters die and see their loved ones die because death is very real in this movie. It all has a message to it though. This movie may certainly be be aimed towards children, since it is an animated movie, there’s nothing childish about this movie in the slightest.

The directors of the LEGO MOVIE, Phil Lorde and Chris Miller, both had a hand in it’s direction and production an they bring their sharp and witty to the film.

It has a voice cast of such notable actors like Shameik Moore, Jake Johnson, Hailee Steinfeld, and Nicolas Cage.

At the time of this article the film holds a 97% Rotten Tomatoes score as it is almost universally loved by audiences and critics.

The film was released December 14, 2018 and has grossed 35 million dollars during its opening weekend on a 90 million dollar budget.