Larry Hogan re-elected; officials skeptical of his support for education 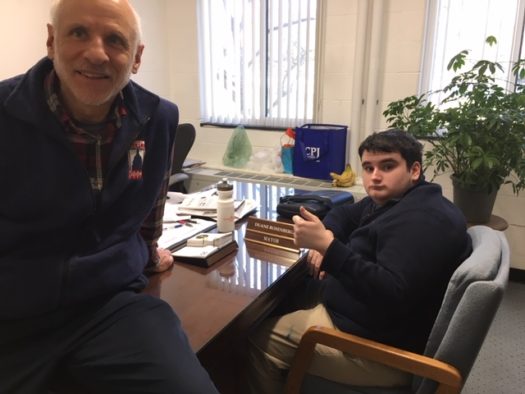 In November, Larry Hogan was re-elected as Governor of Maryland. While there are many people satisfied with this, surprisingly including Democrats, there is one question that has not been asked:. What does Larry Hogan’s reelection mean for the educational system in Maryland?

Gov. Hogan spent around $6,000,000 on improving schools and education in general during his first term as governor of Maryland. Therefore, some could expect that he will spend more money on it this term.

Although Gov. Hogan recently made community college free, some are skeptical of his push on bettering education.

“I don’t think he places a priority on education,” said the Mayor of New Carrollton Duane Rosenberg.  “I think his agenda focuses more on economic development in the rural areas of the state where he had his greatest support.”

This belief is supported by the fact that while Gov. Hogan did spend a record amount on education, statistics show you’d be hard-pressed to find a governor of Maryland that didn’t do that. As such, Gov. Hogan seemingly does not truly stand out from previous Maryland Governors, such as Gov. Robert L. Ehrlich Jr. and Gov. Martin O’Malley.

“I think there may be significant change,” said Ms. Rosenfeld, in reference to how the students of Parkdale will be affected by Hogan’s reelection. Of course, the data from before contrasts that, so this is very unlikely. Whether the lack of change will be good or bad has yet to be seen.

Essentially, while Gov. Hogan has based his platform on redoing the educational system and allocating more funds, it appears that Mr. Hogan actually doesn’t intend to do so.

Instead, he has pushed funding into the areas where he had the most support.