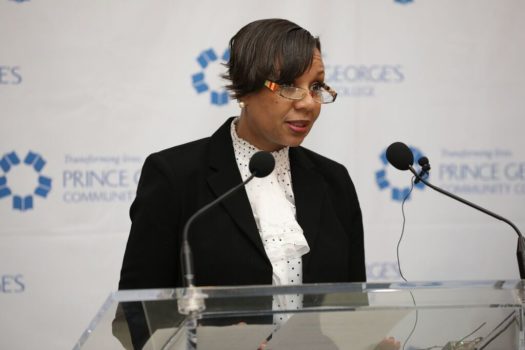 One of the many worries were how the shutdown would affect free/reduced lunches for the students who qualify, roughly 61 percent of the total PGCPS student population. To combat this concern, PGCPS has kicked off their own 10,000 meals challenge.

“I am proud to announce that Prince George’s County Public Schools has partnered with the nonprofit Excellence in Education Foundation for PGCPS to launch the 10,000 Meals Challenge fund,” said Interim PGCPS CEO Dr. Monica Goldson in an email to county officials. “Our goal is to cover the cost of 10,000 meals, ensuring that every child who needs a hot meal receives one.”

Making the announcement earlier this month that “any student impacted by the shutdown would receive the standard hot meal”, Goldson has reported numerous donations have been given and that an impressive amount of funds have been raised.

“I am pleased to report we have already raised $15,000 — enough to cover over 5,000 meals — through the generosity of NAI Michael, Old Line Bank, Lanier Electronics and Educational Systems Federal Credit Union,” said Dr. Goldson. “We are grateful for their quick response to our call to action.”

While many funds and meals came flooding in after Dr. Goldson’s announcement, it was also discovered how many individuals in the PGCPS community were willing to get involved in this initiative. One of these individuals was Suitland High School teacher, Ms. Denise McGregor.

“I have been in the system for twenty-plus years as a teacher.  Over those years, I have fed, clothed, and offered support to many of my students and their families,” said Ms.McGregor. “It was second nature for me to want to do my part.  I believe that it is our responsibility to make certain that no child goes without a decent meal, especially if you are in a position to assist.”

Ms. McGregor, along with William Beanes Elementary School Principal Dana Tutt, was highlighted in CEO Goldson’s email for her willingness to offer assistance to the greater Prince George’s County community.

“While the solutions to shutdown were not solely my idea, all collaborators had the same goal in mind,” said Principal Tutt. “Students’ going hungry was not an option and the local communities that surround our district are resilient and would respond with outpouring support in a time of need.”

With the conclusion of the government’s shutdown still uncertain, Ms. McGregor has a very optimistic attitude on how well the initiative will be able prevail throughout the shutdown.

“I believe that our community will step up and help for as long as they need to.”, said Ms. McGregor. “I am confident that we will continue to receive resources from the community.”