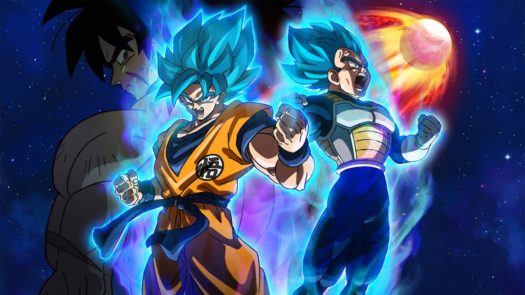 ▲
The new Dragon Ball Z movie proves to be thrilling and eye-catching.

▲
The new Dragon Ball Z movie proves to be thrilling and eye-catching.

Calling all anime fans! This one’s for you.

Dragon Ball Super: Broly, released on November 14, 2018,  is a fun, exciting must-watch for Dragon Ball Z and anime fans alike. While some references may go over their heads, even newcomers will enjoy the incredible fight scenes.

The story is very well written, the characters are great, the voice actors did a wonderful job bringing the characters to life through top-notch animation. The switch from 2D to 3D animation during some points of the action scenes adds another layer to the fight scenes and increases the visual quality of them.

The movie opens with the backstory of the main characters Goku, the son of two Saiyan soldiers; Vegeta, the prince of all Saiyans; Broly, the son of a Saiyan general; and their race, the Saiyans. While their home planet, Planet Vegeta, is destroyed by the tyrant, Frieza, Broly is exiled to Planet Vampa along with his father, while Goku is sent to Earth by his father and Vegeta is away on assignment.

Movie watchers are then transferred  to the present, where the six of the seven dragon balls are stolen from Vegeta’s wife Bulma, and two of Frieza’s soldiers, Cheelai and Lemo, discover Broly and his father and bring him back to Frieza. We also get a look into Broly and Paragus’ life on Vampa.

For DBZ fans who are true to this–not new to this– they may enjoy seeing Vegeta turning into a character that most of us had no idea he could become. Other surprises to look out for include Goku’s flash of one of his most powerful forms to date and one of the strongest in the Dragon Ball Z franchise is also a great surprise. The best surprise by far is the appearance of a fan favorite character that hasn’t been seen since Dragon Ball Z: Fusion Reborn which premiered March 4,1995.

The movie may also surprise fans to see some of the strongest characters get knocked down a peg for once.

By the end of the film, the opportunities it creates for the future of Dragon Ball Z are evident and quite exciting, including chances for future movies or even the possibility of a new series.

This film deserves a 10/10, due to the animation, the characters, the story and it’s just an overall excellent watch.