Beware: Pasts known to come back and haunt 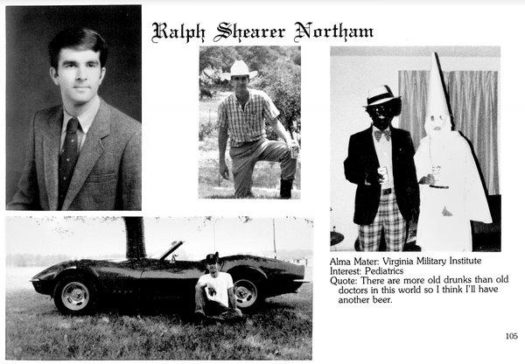 Virginia Governor Ralph Northam has recently been accused of appearing in a racist photo during his collegiate years. While he has denied he appeared in the photograph, the whole controversy has people calling for his resignation as governor of Virginia.

Although social media did not exist in Northam’s time, he has found himself in hot water, much like many teenagers today could find themselves in 20-plus years. Many people–especially teenagers–do not think about how their own posts affect them or their futures. They only really think that ‘oh, this would be funny’ before putting something online for everyone to see.

Of course, this will most definitely come back to bite them; what one person finds funny another person may find extremely offensive.

“Yeah, I post images sometimes,” said a student, who wished to remain anonymous. “And yes, they show my face.”

There are multiple examples of what consequences this can have upon a person’s life. One such example is the Governor of Virginia above; people are calling for his removal because of the scandal caused by the image. Not only that, but the people below him, Attorney General Mark Herring and Lt. Gov. Justin Fairfax, are alaso caught in scandals of their own, which leads into the other example.

While the scandal of Lt. Gov Fairfax is a sexual assault allegation, thus limiting it’s relevance to the case, the Attorney General Mark Herring has also been discovered in a racist photo, from a time in which he and his friends used makeup to dress up as black famous rappers. This scandal, combined with the issues of the two above him, threaten to tip the control of the executive mansion towards the Republicans. This would change the entire current political status, all because of a bad decision and a public photograph.

People need to be more careful about what they post online. Because no matter who you are, or what you have done for the world, a single embarrassing post can destroy any respect you get and ruin your life.