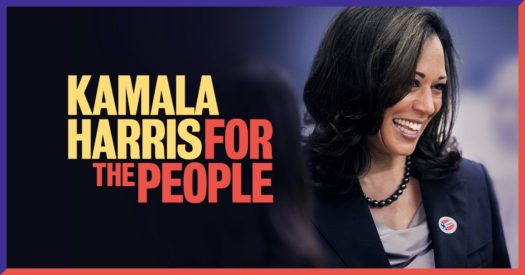 On January 21, which was also the U.S.’s observance of Dr. Martin Luther King Day, California Senator Kamala Harris announced she would be running for president in 2020.

Her campaign “For The People” consists of Medicare for all, progressive tax reform, green energy, and more. One of the key components of her campaign that she is fighting for is raising the federal minimum wage to $15 per hour.

While this may sound great, especially for Parkdale students whose after-school jobs typically pay minimum wage, some are skeptical of how effective it could be in the long-run.

“When you make the minimum wage much higher than what’s generally agreed on, you’re gonna run into a lot of differences,” said Russian teacher Mr.Vernola. He agrees with the idea of a higher minimum wage but doesn’t know how the federal government can actually make that idea happen without running into problems along the way.

Harris earned her undergraduate degree from Howard University and a law degree from the University of California. She began her career in the Alameda County District Attorney’s Office and became the District Attorney of the City and County of San Francisco in 2003. Harris then became California’s first African American and Asian American female to hold the position of district attorney in the state of California.

Now, she is running as one of the few female democratic candidates.

“There haven’t been a lot of women that have tried to go for this before and it’s just showing how the government, the country’s changing, evolving and giving,” said Mr. Vernola. He believes that with more women running for jobs like presidency, it can grant the government more diversity. It could also give chance to new ideas.

With all of these powerful women trying to go into office, it can influence the newer generation of young girls to go for higher paying jobs.

“I’m optimistic,”  said Mrs. Brown, Parkdale’s community resource advocate. “I’m very hopeful that one may be nominated [because] I think it’s time”. She agrees that having more women in higher jobs can give a good influence on younger girls.

According to research done by The Atlantic, the Bureau of Labor Statistics found that women are choosing fields like “cosmetology, [and] nursing” instead of going for other types of jobs that pay a higher wage or that is at a higher standing.

Even though the presidential election is a year away, knowing the candidates and their policies can make a big difference, especially for Parkdale seniors and some juniors who will be eligible to vote by the end of 2020. If Harris were to be elected, she would be the first female African and Asian American president.

The Democratic convention will take place from July 16 to July 17, 2020 when a candidate will be chosen represent the Democratic Party.