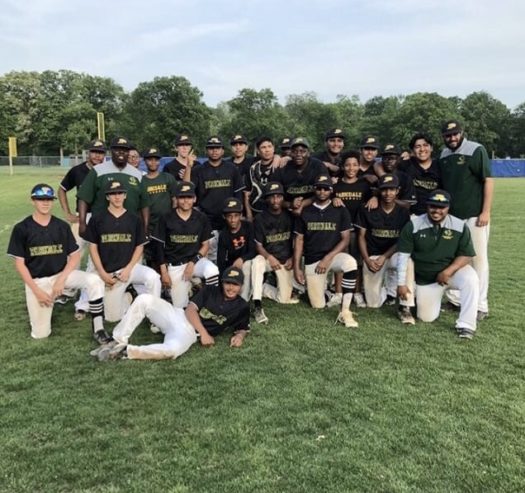 The sky is clearing up and soon spring will be replacing winter, meaning baseball season is quickly approaching. Parkdale’s baseball team will have their heads in the game with the new season coming up.

With the first game just weeks away, former team members are revving up to get ready for a season that may prove to be challenging.

According to Guzman, they’re “currently six starters short and without them,  [Parkdale doesn’t] have the championship caliber team to make it far and bring a championship banner [home].”

Mainly because of academic ineligibility, many of the key Panther baseball players may not make it to the field this season.  In order to qualify to play a sport in PGCPS, a student must have a 2.0 to join the team .

Without support from others, the team could have a rough start.

As of now, the baseball team consists of :

Since Coach William Poulakos has been at Parkdale, he’s had a 36 wins and 8 losses record. With his leadership, some  players have even moved on to play at the collegiate. Former student Aaron Murray now plays at The University of Maryland and former student Israel Velasquez is receiving a scholarship this year.

Last season,  Parkdale baseball beat a number notable teams, including the always-challenging Henry A. Wise High School and Bowie High School, which were the top two teams at the time. Although Coach Poulakos and his team found much success with Murray as the team captain, that title is now up for grabs to give others the opportunity to become captain. Players like Alvin Chapman, Cody Compton, and Roger Guzman could have the chance to gain the title.