Students focus too much on grades, not learning 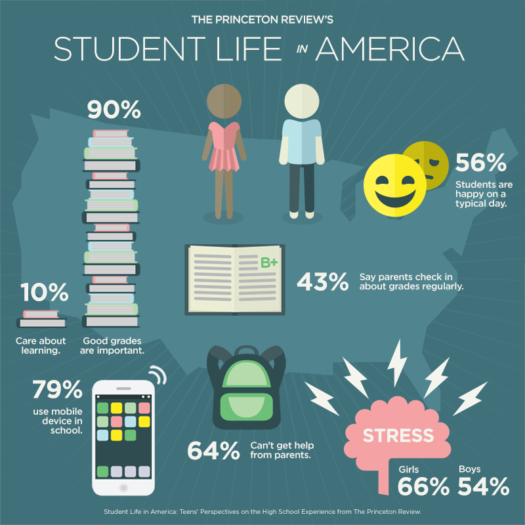 Complaints about student, grades, whether they are good or bad, can be heard rippling through the hallways on any given day. Some students say that they need to get extra credit just to pass the quarter while teachers are calling in a parent-teacher conference to help salvage grade failures. But one thing is missing: whether students are actually learning or not or just “getting the grade.”

“I sometimes have this issue when a teacher reviews the lesson, they have this expectation that you should know this topic already and so they speed through the lesson,” said senior Bianca Ortiz. “It takes time for me to process the lesson so that it can stick with me and I can see that some of my friends have this issue often, too.”

Most students often blame the teacher, saying that they’re “rushing us because of their job,” but really that’s not the case.

“…I think I got the pacing but somewhere someone would be like ‘I dont understand’ then we’ll slow down…” said English teacher Ms. Zischang. What she means is that whenever a student has fallen behind or doesn’t have an understanding in the lesson, she’ll have to slow down to help make they understand before moving on.

Even though some lessons may be rushed and that’s often viewed as an excuse as to why the students don’t process the information, it is still an issue.  At the end of the day, students aren’t given enough time to fully learn the concept.

Some students also stop trying because they think they’re “too smart” or they do not want to challenge themselves. The book “The New Psychology of Success” discusses how there are two different mindsets: fixed mindset and growth mindset. In the book, author Carol Dweck stated “People with growth mindsets believe that the harder they work, the smarter they get. And the subtleties of the ways in which we praise kids are related to the mindsets those kids develop.”

People with fixed mindsets, on the other hand, focus solely on their level of intelligence and talent and not how it has been achieved.  Once students like this have a good grade or a teacher praises them, they build the mindset that they are already good and in a “passing” place in, which makes them stop progressing and asking to learn more.

Students also struggle with the understanding of the lesson or aren’t there in the classroom as often due to personal reasons going on at home or with themselves. But there are ways to help that.

“Well I wish more students would participate in the weekly Math tutoring that the Math department here at Parkdale offer,” said Ms. Brown, Parkdale’s community resource advocate.  “Also, we have the Parkdale study hall and academic tutoring,which takes place every Thursday from 2:30 – 4:00 p.m. in room #102. And if a student is struggling with alcohol or drugs I can refer the student to a program called “The Clubhouse” and they have a van that will pick up the student from Parkdale.”.

Another issue would be grabbing the students attention.

“It also depends on the student’s interest,” explained Ortiz. “A student that may be interested in math will actually pay attention in class and just brush a class that they’re least interested [in], like history.”

Whatever the catalyst, students are placing a possibly harmful emphasis on grades and not on education.