Austrian exchange student gets taste of American life at Parkdale 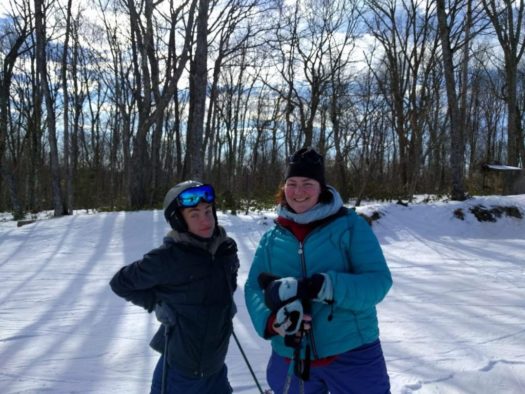 ▲
Josef Dirlinger and his host Mother (on the right)

▲
Josef Dirlinger and his host Mother (on the right)

Parkdale’s student population is made up of people from El Salvador, Nigeria, and the Philippines, just to name a few. Add to that: Austria.

Sophomore Josef Dirlinger is one foreign exchange student from Austria who has been in America for seven months and Parkdale for one. This was made possible by the organization American Field Service, which gave him the opportunity to travel abroad.

In the six months Dirlinger has been here, he has noticed huge differences from his school in Austria. Before coming to Parkdale, he attended Northwest High in Montgomery County and notes the differences between all three experiences.

“My school in Austria contains almost only white European people. That was very interesting for me when I started, [I was kind of] sad how it is in my school in Austria [because] I think diversity is important,” Dirlinger explained. “[Also], in Austria we always stay in the same classroom with the same people and the teachers are [wandering] around.”

He also said that both middle and high school are together in the same school.

Although there are differences between his Austrian and American school experiences, Dirlinger still enjoys a couple of programs that Parkdale had to offer.

“I like all the school spirit stuff [because] we don’t have this at all in my school,” he said. “Also [there is] much more freedom in what [student] actually learn [because] we are not allowed to choose our classes [in Austria],” explained Dirlinger. The clubs and sports are a perk for him, too.

In the beginning, Dirlinger struggled a bit with homesickness and adapting to the schools, but his host family has made the transition smoother.

Dirlinger’s host parents have hosted students, including some from India and Senegal, for four years.

Although he was initially placed with a host family that “didn’t work out” because of “cultural differences,” Dirlinger is appreciative of his latest match.

“My second host family [is] really nice,” he explained. “We’re very different in so many aspects but I [get] along with them really good. Also, it was a new interesting experience having sisters, which is very different from having brothers.”

“They are all adventurous, curious about the world and America, interested in improving their english, and up for a new challenge to find out who they are when they aren’t in their home country, with their natural family”