Freshman Brenda Alvarez doesn’t only surf her way through Parkdale’s hallways to get to class, but also through breaking ocean waves.

Alvarez, a 17-year-old Parkdale student who came to the U.S. from El Salvador in August, has basically lived in the ocean for the past few years. She is a surfing champion who won a number of titles and trophies. 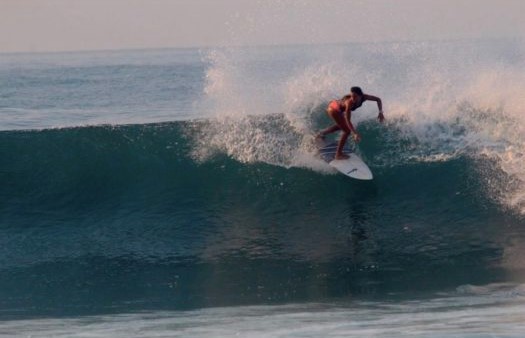 But surfing wasn’t always in her life plan.

“I always told my grandmother that I would never surf because I was scared of getting eaten by a shark or of the big waves,” Alvarez explained.

Even though she was afraid of the mysteries of the ocean, Alvarez decided to continue her family’s legacy. All of her aunts, uncles and cousins have surfed almost all their life, and most of them were champions.

She eventually rode her first wave at the age of 10, but didn’t start taking surfing seriously until she was 14.

The Medusa program is an all-girls surfing program that takes young girls and teaches them how to surf and compete. They also have yoga classes and retreats, which help the girls relax.

Through the Medusa Program, Alvarez found support when her home life was missing two key people: her parents.

At the age of 3, Alvarez’s parents left to come the U.S. in order to fulfill the American dream and give her a better life in El Salvador.

It wasn’t until August of last year when Alvarez finally saw her parents after 13 years of not seeing them. 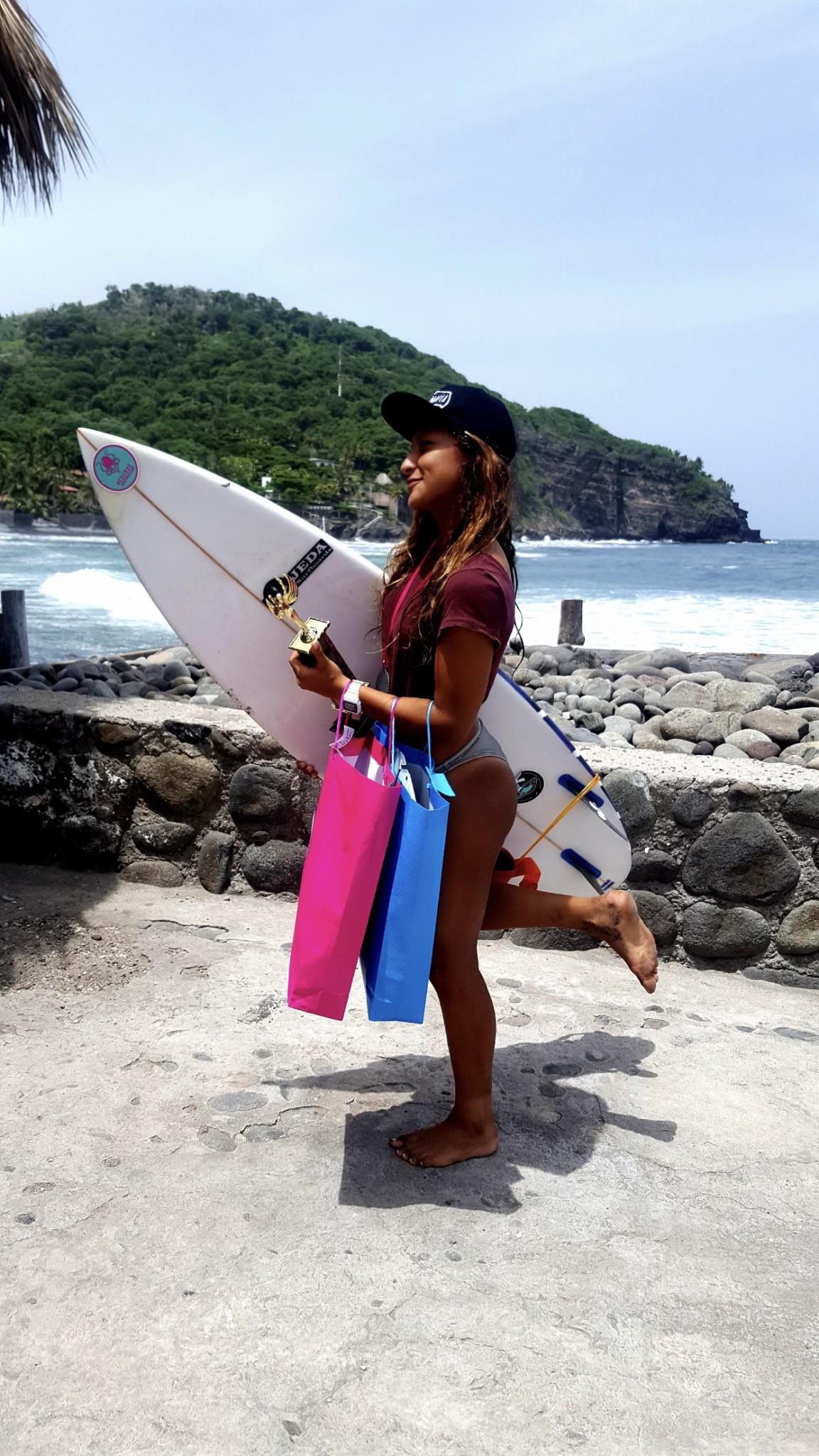 Moving to Maryland was rough for Alvarez when she realized that the closest beach was three hours away. Even there, she couldn’t surf because waves aren’t big enough.

“When I moved here I was disappointed because surfing is in my blood and now I’m sad I can’t surf any more,” she explained.

However, she was lucky enough to be able to travel to Florida to compete to get her surfing fix in the States.

Even though Alvarez had to travel to Florida on a Friday, she managed to come back in time to report to school on that following Monday.

Alvarez hopes she can continue surfing in the future so she can accomplish her life-long dream, but for now she has taken up skateboarding–which she does barefoot!– as a way to keep her occupied in the meantime.

“My goal now is to not give up, to continue surfing and to follow my dream [of making] it to the Olympics to represent El Salvador,” Alvarez said.