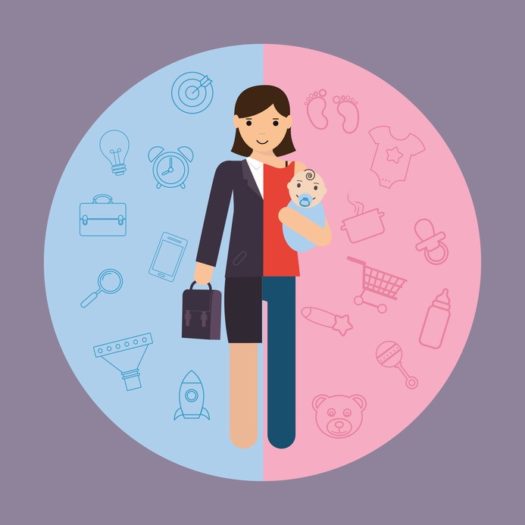 The act allows eligible employees to take up to 12 work-weeks of unpaid leave during any 12-month period to attend to the serious health condition of the employee, parent, spouse or child, or for pregnancy or care of a newborn child, or for adoption or foster care of a child.

However, the U.S. has one of the lowest levels of leave in the world. In comparison to other countries, the U.S. is one of the only countries in the world, and the only Organisation for Economic Co-operation and Development member, that has not passed laws requiring business and corporations to offer paid maternity leave to their employees. Maternity leave laws differ from state to state– some states offer paid leave and others do not. The District of Columbia, California, New Jersey, Rhode Island, New York, and Washington are the only state have paid family-leave programs.

Netflix is one of the few US corporations that offers paid maternity leave. According to Money CNN, both parents can take as much time off as they want during the first year after a child is born or adopted. They can choose to return to work part time or to come back full time for a few months and then leave again. Netflix will continue to pay their full salaries and offer benefits, and parents won’t have to file for disability or other state coverage.

This lack of paid maternity leave can have disastrous financial effects.

According to U.S. Department of Agriculture, middle-income married-couple parents of a child born in 2015 spent roughly $233,610 for food, shelter, and other necessities to raise a child through age 17. This does not include the cost of a college education.

Because there isn’t a guarantee of paid leave when caring for a child, many new parents are faced with the choice between financial hardship and returning to work prematurely.

“I do not feel like I can enjoy my maternity because I’m constantly thinking about returning to work to get paid again,” said Ms. McGowan, a new English 9 teacher at Parkdale who is currently on maternity leave.  Her son was born in March.

In PGCPS, the rule on maternity leave is that employees have about 12 weeks without consequences, but they only can receive pay for 10 days of work, which equates to only one full paycheck.

If an employee can only receive pay for 10 days of work, that forces them to go back to work sooner than they planned and a lot sooner than medically recommended.

According to an interview with Dr. Benard Dreyer and the National Public Radio, infancy is a critical period for health and child development. In the first year or two of life, 700 new synapses– structures that permit a neuron to pass an electrical or chemical signal to another neuron– are forming every second in the child’s brain. The first six to nine months of life is a critical bonding time for the parents and the child, and bonding is the basis of the parent responding to the child’s needs.

The NPR continues to state that family leave increases the opportunity of breastfeeding. Breastfeeding stimulates positive neurological and psychosocial development, strengthens the baby’s immune system, decreases the risk of many health problems such as acute diarrhea, respiratory illness, asthma, sudden infant death syndrome and obesity and promotes healthy bonding between the mother and baby.

“Breastfeeding for me was a huge goal that I wanted to continue but I won’t be able to because I have to go back to work so soon,” said Ms. McGowan. “My child will have to be bottle fed while I am away and I think it will affect my bonding time. I am not sure to what degree, [but] I am praying it doesn’t affect it much.”

According to the US National Library of Medicine National Institutes of Health, the quality of the infant-parent attachment is a powerful predictor of a child’s later social and emotional outcome.

If parents will not be able to watch their children because of the urgency to go back to work, they will have to resort to child care.

According to the Organisation for Economic Co-operation and Development, the U.S. has the third highest child care expenses. A study from 2017 to 2018 found that a couple with two young children earning the average wage have to devote 33.2 percent of their average salary earnings go toward childcare.

Not only are there financial effects to returning to work prematurely, but physical and health effects on the mother, as well.

It takes the human body 40 weeks to birth a full-term baby but unfortunately, in the U.S., nearly a quarter of employed mothers return to work within two weeks of giving birth, according to according to a report from In These Times.

At two weeks, most women have not even seen their doctor to be cleared for physical activity much less carry their own babies or drive a car.

Modernmom states that most obstetricians recommend a new mom wait at least six weeks after giving birth to return to work, but many advise waiting 12 weeks.

Healthline continues to emphasize the importance of taking time to heal by stating the average physical recovery time from a vaginal delivery is six to eight weeks. If a mom has a C-section delivery, the incision may also take about six weeks to heal but to experience full-body healing could take anywhere from six months to a year.

The reasons for maternity leave are not only for physical health of the mothers but emotional and mental health as well. The Centers for Disease Control research shows that nationally, about 1 in 9 women experience symptoms of postpartum depression.

The National Institute of Mental Health defines Postpartum depression as a mood disorder that can affect women after childbirth. Mothers with postpartum depression experience feelings of extreme sadness, anxiety, and exhaustion that may make it difficult for them to complete daily care activities for themselves or for others.

Studies conducted by the World Health Organization have shown that women of color experience postpartum depression at a rate of close to 38 percent compared with approximately 13 to 19 percent for all postpartum women.

Finland, one of the countries in the Organisation for Economic Co-operation and Development allows new mothers in Finland up to three years worth of paid leave. Women are also allowed to start maternity leave 50 working days at the earliest and 30 working days at the latest before the estimated date of delivery.

Paid maternity leave is not only beneficial for moms, but their children and society as well. The Secure Attachment Family Education states the children who grew up with the secure attachment bond will have a strengthened ability to create a strong social network, and to build in a stable and positive bond and relationships with a partner,

Those children also tend to be less aggressive in their behavior, are more empathetic, show greater creativity and persistence in meeting life’s challenges, and are generally better able to cope with difficulties.

Research from the Department of Labor shows that paid maternity leave is associated with better job performance and retention among mothers, increased family incomes, and increased economic growth.

Not only are their benefits of paid maternity leave beneficial for mothers and their children, but for the economy as well.