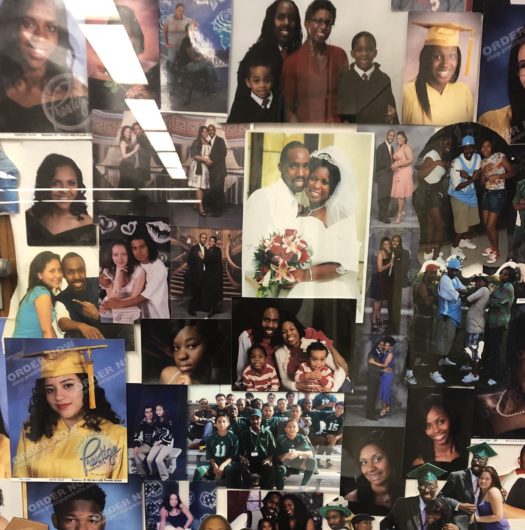 ▲
Mr. Chinkota keeps a collection of photos in his classroom to remind him of great times at Parkdale.
Victor Valdez

▲
Mr. Chinkota keeps a collection of photos in his classroom to remind him of great times at Parkdale.
Victor Valdez

Parkdale art teacher Dalisto Chinkhota, a well-known student favorite, has faced an unthinkable challenge in the past few years, despite his forever happy-go-lucky nature Mr. Chinkota is a fighter.

Mr. Chinkhota was diagnosed with cancer, which was detected by his doctor after a colonoscopy, at 36 years of age.

Upon finding out that he had cancer, Mr. Chinkota a different approach to the news than expected.

“Actually I wasn’t even hurt,” he explained. “I was more so like, ‘wow I have cancer.’”

Instead of overthinking how far life had taken him and how much more he had to live, he decided to focus on how to beat the disease.

“[And] how are we going to beat it?” Mr. Chinkota asked himself. “By any means necessary.”

Once he told his wife, she was expectedly devastated. But in true-Chinkhota fashion, he was able to lighten the mood a bit by taking her out to Chipotle. There, they spoke about the problem and his goal of beating cancer seemed to be the light that shine upon any negative thoughts or responses.

“I knew my mother had succumbed to her disease because they didn’t have the proper tools to defeat that” he said.

Nevertheless, his family had become his main support network, and he knew that the resources in America could help him achieve his goal of beating his cancer. Through his journey, he visited the Cancer Treatment Centers of America to be treated, and during his time there, hois brothers and wife would visit, sticking by his side through thick and thin.

The treatment was a two step process of chemotherapy and radiation. On the bright side he said jokingly, “The good thing for me is that I didn’t have to lose any hair. My hair is still here, my whole weave!”

After a 12-week treatment and recovery, Mr. Chinkota had the tumors removed, leaving a couple battle scars behind.

In the present, Mr. Chinkhota remains cancer-free and healthy.

“This is my fifth year celebrating [being cancer-free],” he said. “They say that cancer comes back within the first five years after you beat […]  I got my check ups and everything is clean, so hallelujah, glory to God.”

Mr. Chinkota’s two biggest suggestions to try to avoid diagnosis are regular doctor visits and to stay away from processed foods, or any types of contaminants that will harm your body.

Both faculty and students are thankful that Mr. Chinkota was able to beat and keep off the disease that once threatened his life. As a staple member of the Parkdale community and someone who all members can rely on for laughs and love, the school would have been very different without him.

“I think that Chinkhota is a really big inspiration,” said Junior, Melonie Mejia. “He’s very lively, he’s always encouraging students to do the best they can.”