Parkdale alumni Manuel Luis was best known for his optimistic attitude, his active participation in school activities and his desire for his peers to do their very best.

Manny was an avid member of Parkdale SGA, varsity baseball team and The Paw Print, the school’s newspaper. For every club, team or even organization that Manny was apart of, he was said to have given it all of his passion, adoration and enthusiasm. 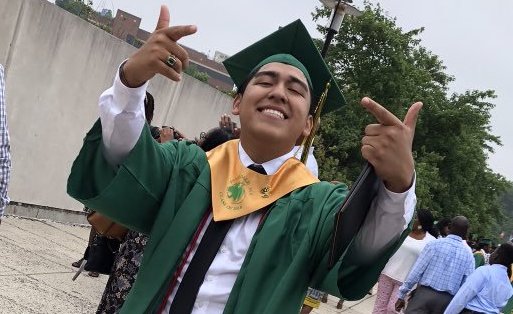 “Manny was part of the SGA and so active within it,” said 9th grade coordinator Ms. Olfky, who taught Manny during his junior and senior years at Parkdale. “He was just so passionate about anything he did.”

It was July 11th, 2019 when Manny’s life came to a tragic end due to a fatal shooting inside of his vehicle. The shooting took place on the street outside his Morgan View Apartment in Baltimore where Manny was a rising sophomore at Morgan State University. Witnesses say they heard shots being fired around two in the morning, and police believe that it was a robbery gone wrong.  At time of publication roughly three months later, no arrests have been made.

The news of Manny’s tragic death hit hard for everybody who was close to him, which was essentially anyone who ever came into contact with him.

Just like anybody else, Manny came to the tryouts during his sophomore year but he proved to be an instant leader for the team even as an underclassman.

Although Manny didn’t turn out to be a star athlete, he was someone who tried to be the most cheerful, encouraging and supportive player he could be. 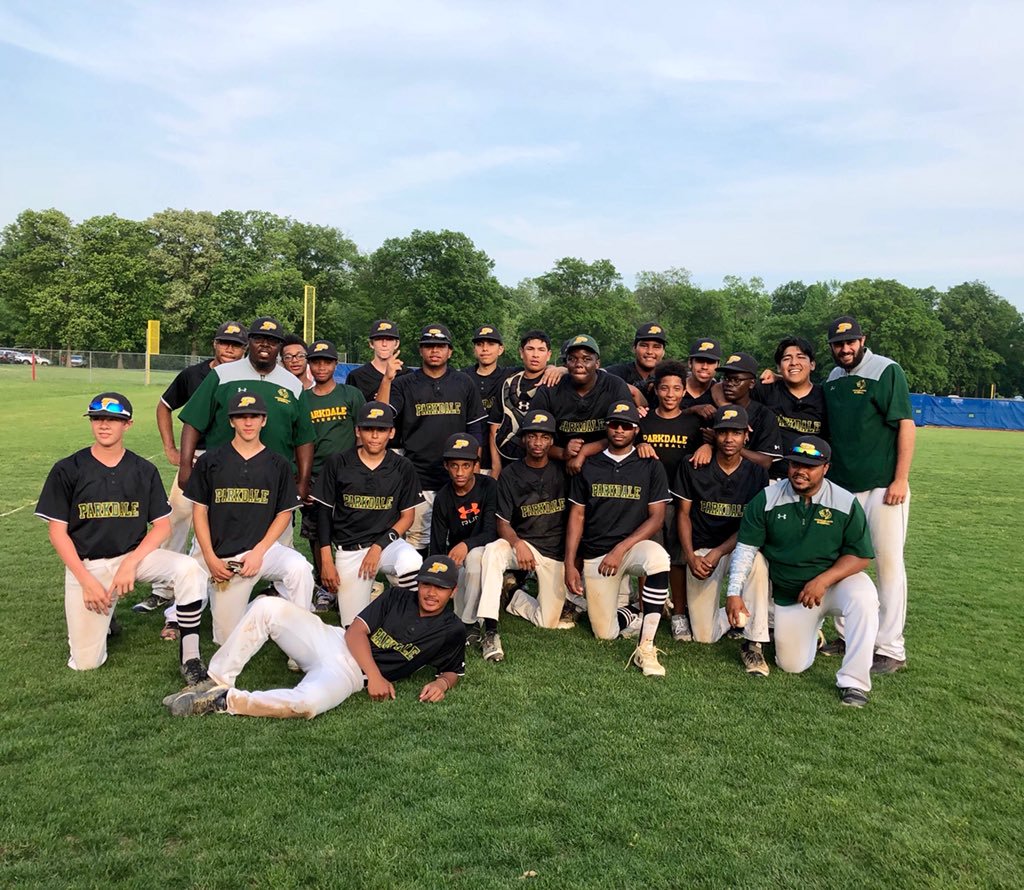 “After he graduated, we were in the regional finals last year, interims, and all of a sudden, you see Manny come up to the field in this big– and it’s like 90 degrees out– Parkdale leather jacket,” said Coach Poulakos. “He was wearing that jacket in 90 degree heat, and he was the loudest one in the stadium all game long.”

Manny really cared about his Parkdale baseball family as he was described to be “the glue that stuck us all together” by Coach Poulakos. His baseball record wasn’t anything fantastic but he came to practice everyday and even though he didn’t play very much in the games, he still cared about his team just as much, or even more, than everyone else on the team.

Manny didn’t just focus all his unique energy into baseball. He somehow kept that same energy with every club, organization and activity he was in.

“He was charismatic, goofy and always had a smile on his face,” said Ms. Olkfy recalling the year she taught Manny for AP Lang his junior year. “Even when he was walking in for a test he knew he wasn’t prepared for, he just didn’t let it bother him because life was just so much more than one possibly bad grade.”

Even though one bad grade didn’t define his life, Manny didn’t take his school so lightly either. Manny was dual enrolled while also being the Associate Editor-in-Chief of the Paw Print during his senior year, took AP classes his junior year, and had a plan for what he wanted in life. Although he wasn’t always the perfect student who did all his homework, studied for all his test or wore his uniform all the time, Manny was uniquely Manny all the time.

“The impact he had on the culture was of  being true to yourself and being kind because that’s just who he was,” said Ms. Olfky. “He was funny and kind in a genuine, absolutely genuine way.”

Despite the dividing culture of today’s society, Manny didn’t shy away from being friends with whoever he wanted. Manny didn’t try to be a stereotypical nerd or jock, but he was a uniquely rounded individual. 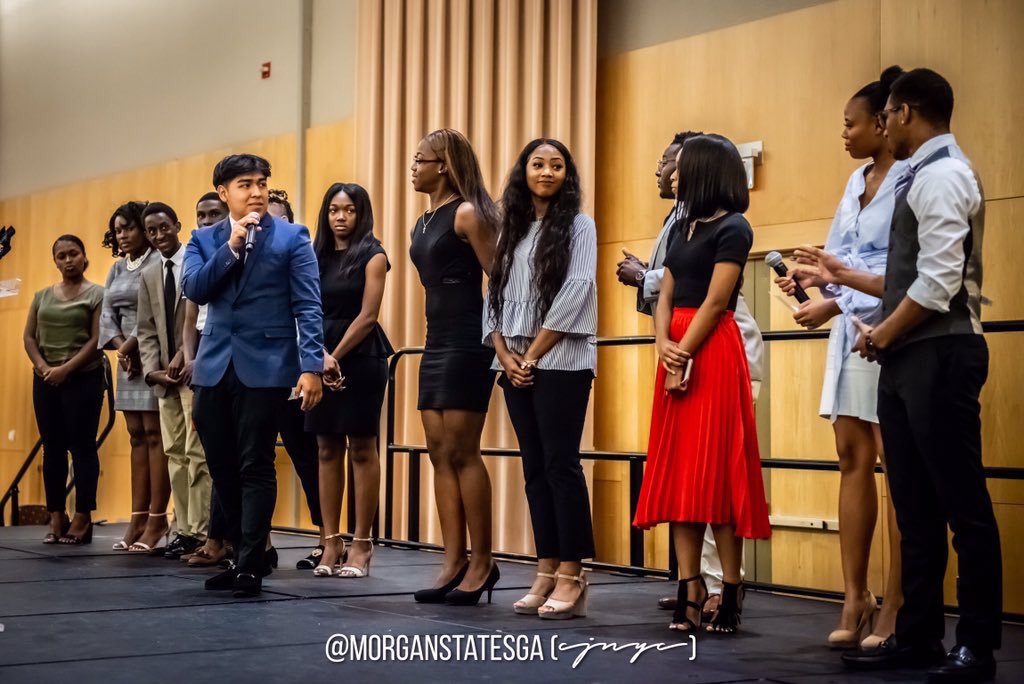 This mindset carried with Manny into his collegiate year at Morgan State, where he was majoring in Business. He joined the campus’s SGA and wanted to continue his desire of helping his fellow peers by becoming one of Morgan’s summer orientation peer mentors as a sophomore.

“We don’t typically hire peer mentors at the rising sophomore level, after only one year in college,” said Dr. Tiffany Mfume, Assistant Vice President for Student Success and Retention at Morgan State. “Manny was so impressive that, after his first year, we hired him to serve as a mentor to new incoming freshmen this past summer.”

Even though his time at Morgan was unexpectedly and tragically cut short, the community remembers Manny as a positive, optimistic ray of light that illuminated everyday.

This desire to help freshmen reach their full potential is reminiscent of his tenure at Parkdale, as well. For the baseball team, he was considered like a mentor and helped his team out through the hard times, doing everything he could to help them from collapsing.

“I wasn’t eligible for the first half [of the baseball season] and he would always tell me to do my work,” said senior Roger Guzman, who has been on the baseball team since his freshman year.

And just like on the baseball team and Morgan’s campus, he was considered a mentor for his underclassmen SGA members, as well.

“I ran for class president, lost the election and [was] appointed class historian,” said senior class president Jordan Cooper when speaking about his unsuccessful freshman class president campaign. “[I] didn’t plan on running again but a large part of why I did decide to was because of Manny. He encouraged me to stay in the game and run again and not settle for less than he knew I was worth.”

Manny himself ran for class and lost the election, but just like he told Jordan, he didn’t settle for less. Manny was someone who, no matter who you ask, will be remembered as a leader, a mentor and someone who strived for the best for not only himself but everyone in his life. Through Manny’s untimely death, he has taught everyone to be grateful for every single moment in their lives.

To sum Manny up in a few words isn’t an easy task for many people who knew him because there was so much about him that couldn’t be put in a few words. Seemingly with everyone he came in contact with, he had an unforgettable impact which will be carried for the rest of their lives. So just like in life,  Manny really said it more unique than anyone else ever could.

“The Prince of Parkdale, Manuel Luis is a true living legend,” Manny wrote for his senior year Paw Print Bio. “Manuel grew up to be one of the world’s greatest mysteries as he can literally do anything he puts his mind to. Like a spaceship ready to begin voyage, Manuel is set to blast off.”

Correction: A previous version of this article stated that Manny was killed on July 19th.  The correct date is July 11, 2019.