Joker redefines what it means to be a comic book movie 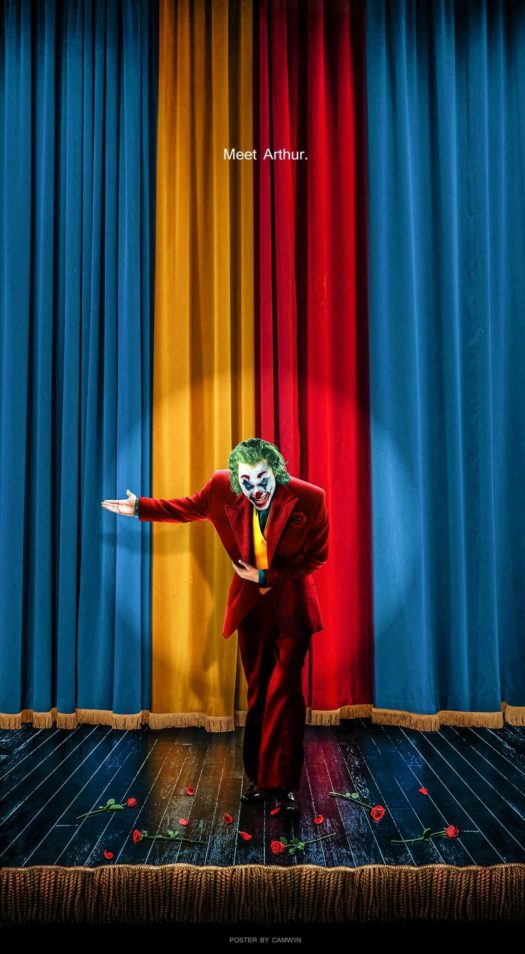 The anticipation of going to see the newly released Joker movie was almost as scary as the movie itself. This year’s Joker film certainly isn’t the best movie of all time, not even the best superhero of all time. However, in the current landscape of “gigantic” movies where the universe always seems to be under threat, Joker really serves as a real palate cleanser from the Endgames and Shazams of the world.

This year’s Joker is at its base, a story of origin for the infamous clown prince of crown. There’s no Batman, no Robin, not even a hint towards a larger DC universe. For over two hours, audiences are just watching the downward spiral of a man whose world is just crumbing to pieces right in front of you. Weirdly enough, that’s probably what makes it one of the most entertaining movies of the year.

It’s a no brainer for people to want to compare this Joker, played by actor Joaquin Phoenix, to other Jokers of the past. Most notably, 2008’s The
Dark
Knight Joker was played by the late Heath Ledger whose performance not only earned him a posthumous Academy Award for Best Supporting Actor but for many has hands down given the world the best performance of the character we could ever expected.

Many people can’t help but compare Ledger and Phoenix, but that comparison is more like comparing a sabertooth tiger and a leopard. Even though the two are both cats, they’re still both very different creatures. These Jokers are so different as one focuses on how the man became the Joker and the other focuses on the Joker as an already established character. Both characters have their own twists due to the tones of their films, their interactions with other characters and the part to play in the plot of the movie.

The movie truly is its own when it’s juxtaposed to other comic book movies. For almost an hour of the film, nothing is really happening, unlike in an Avengers film, there would have been three or four set action pieces. But what it “lacks” in explosive, dynamic action, it makes up for in character development, a tight story and a consistent tone that perfectly matches the film. There’s a lot of comic book movies that can’t hit one of those marks, let alone all three. While yes, it’s slow in the beginning, it’s like that because it’s building up to a very climactic ending. Don’t get it twisted either, people get killed and they’re are very creepy moments; it’s just not all in your face about it like most comic book films.

Just like Robert Downey Jr. embodied the role of Iron Man, Phoenix does the same with his take on the Joker. His portrayal shares very few similarities with the Joker in the comics but it’s still an interesting take of the character. Phoenix’s portal is this movie. As he’s center stage, we follow the movie through his perspective and while we may not agree with what he does or how he sees things, the audience would understand how he reached those conclusions.

Joker might not be the most original movie in the world, as it admittedly follows the same beats as 1976’s “Taxi Driver”. However, it still breathes some fresh air into the stale overabundant comic book film industry. It shows that an R-rated movie can make money, have mass appeal and just have a simple story that doesn’t have to end with a big explosion or fight with aliens. There  shouldn’t be a set formula, and this movie leaves that formula at the door and does its own thing.

After three weeks of the release, Joker made a total of $264 million in the United States, and over $800 million worldwide. It has become the highest grossing R-rated movie, beating 2018’s “Deadpool 2”.

With an audience score of 89 percent on Rotten Tomatoes at the time of publication, the movie is seemingly on its way to join the Billion Dollar Club before its theatrical run is over.