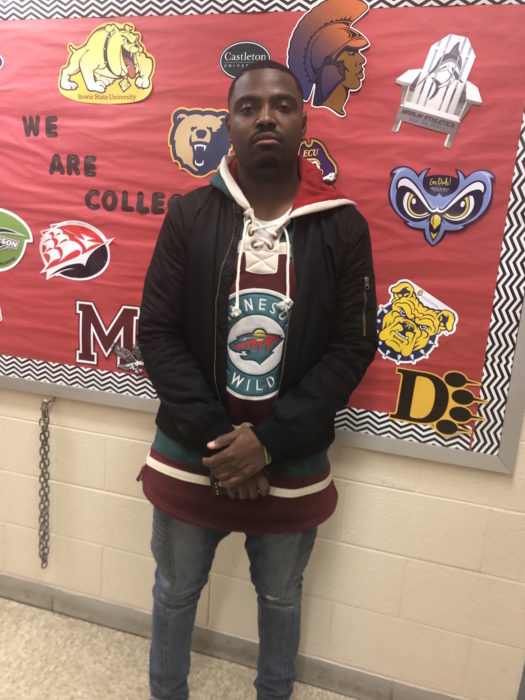 According to the Department Of Education every year, over 1.2 million students drop out of high school in the United States alone. That’s a student every 26 seconds – or 7,000 a day.

A student advocate mentors and coaches students through life. They try their best to help students with grades and social issues.

Before becoming a student advocate for Parkdale coach Halls worked helping students in other ways.

He is not the only one in his family to also be a Parkdale panther. His father was a coach in 1993. Following his father’s footsteps Mr.Halls continues to be a coach and a student advocate which have many similarities.

“It’s very alike because for instance a lot of kids that play football with me have a lot of social and academic issues and they go to school.”  said Mr.Hall “… I am a full-time advocate for them. I see them from seven to seven everyday.”

Although coaching and being an advocate are very alike. They also have some differences.

Many students need guidance to discover their potential. When it comes to picking out who needs help the assistance of  a student advocate parents, counselors, teachers, and students come together in order to help the student in any aspect involving their grades, their attendance and social issues.

With this being his first year being a student advocate at Parkdale Mr. Hall has big hopes for the future.

“[I hope] For the kids who’s having challenges to actually prevail and take that next step in their life.”

If you or anyone you know needs help or just wants to talk to Mr. Hall’s his office is in room A144. If he is not there just slip a note in there and he will get back to you .