‘Cancel Culture’ may not be solution for resolving social issues 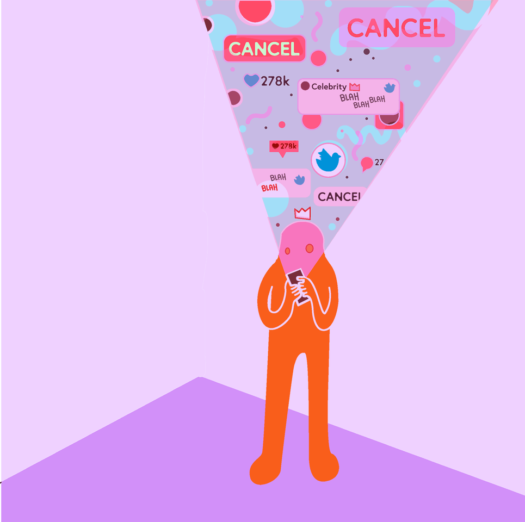 ▲
Cancel Culture has become a way to boycott, but is it tweeting 'cancelled' enough?
Google Images

▲
Cancel Culture has become a way to boycott, but is it tweeting 'cancelled' enough?
Google Images

Cancel culture has become more popular on social media, whether it’s cancelling your favorite artists like Kanye West, Taylor Swift, or anyone else or maybe cancelling wrong actions by a group of people. Whatever you may be cancelling, think about it first. Have you heard both sides of the story? Is it really going to change the bigger picture?

Cancelling is a form of boycott where people shame or isolate someone from both the real and social media world. They disapprove of their actions or opinions, and if it is a celebrity who’s getting “cancelled,” fans will stop listening to their music, going their shows, and will unsubscribe them for whatever platform.  Basically, they’ll throw away anything that has to deal with them.

An example of these was famous makeup influencer James Charles, who got cancelled because another makeup influencer Tati Westbrook took it to social media calling out James Charles for promoting Sugar Bear Gummies instead of her vitamin company Halo Beauty. In her video titled “Bye Sister,” she explains how she felt betrayed and used when she saw that Charles promoted her rival competitor when she was always there for him. Charloes lost millions of followers while Westbrook gained. Not only that, Charles became the laughing stock of the internet. Hundreds of his followers posted videos of them burning their James Charles makeup palettes. He even got cancelled from other stars like Jeffree Star.  But was this fair to do when hearing just one side?

“I see people getting cancelled very often and I think it’s stupid because it could be over nothing,” said senior Jennifer Amaya. “It makes me wonder if these people  are serious or if it’s just some type of publicity stunt.”

Even though Charles got cancelled, many people are still supporting his videos and buying his merch. So, does ‘cancelling’ really help in the bigger picture?

“I definitely believe it could help in the outcome because when people are being cancelled, a lot of things that often go unnoticed are acknowledged in the public eye and them being exposed for what is going on,” Said junior Precious Agary.

Cancel Culture certainly has the power to end someone’s career, like that of singer-songwriter R. Kelly. In his case, social media was quick to bring to light his child abuse and pedophilia. Many news outlets covered his stories and no matter what he said, the media– and fans–didn’t take it.

“When it comes to things like racism, sexism, homophobia and even in R. Kelly case, pedophilia and child abuse, those things are definitely subjects that can’t be taken lightly, so even with an apology, it might take time to be forgiven, if ever,” said Agary.

Many celebrities like J. Cole, Lizzo, and even former president Barack Obama feel as if cancelling doesn’t get the job done. They feel cancelling isn’t a way to bring change since most people are being rude or disrespectful, which doesn’t really help the bigger picture.

Obama thinks that just tweeting or hash-tagging isn’t enough to change, that it isn’t activism just to call someone out. He believes it’s more difficult to achieve change than just a retweet. Social media can be a good platform to express a problem, but many tend to just unfollow whoever and think that’s enough.

Cancel culture can be a hard topic as it can help and hurt as well. Bottom line is that one has to think twice about what they post or do online as in real life. Actions have consequences that can make or break someone’s career.