Cultural ‘appreciation’ should be replacing ‘appropriation’: Here’s how 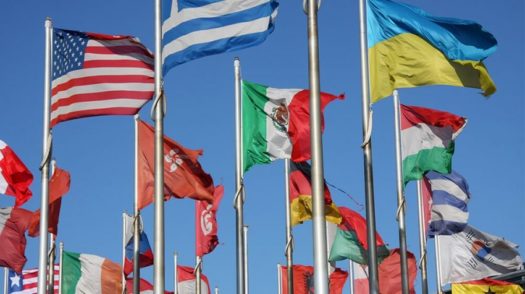 Culture is defined as a pattern of behavior shared by a society, or a group of people. Many different factors make up a society’s culture, including food, language, clothing, tools, music, arts, customs, beliefs, and religion. Culture is shared with everyone, but that doesn’t mean you can take it and claim it or fudge it up.

Even though people share culture, some people take it too far without doing the proper research and this may come off as offensive. For example, country singer Kacey Musgraves received a lot of backlash for wearing an exotic traditional Vietnamese dress. The dress is called Ao Dai– a form-fitting Vietnamese tunic with long slits up both sides, typically worn over long flowing pants. Instead of wearing it like it was supposed to be, she wore it without the pants, making it really sexualized.

“I have complex feelings about áo dài and its role in the collective idealization of Vietnamese femininity, but when people do things like this, all it does is contribute to the dangerous notion of Southeast Asian femininity as inherently sexual out of subservience,” tweeted Mai Nguyen Do.

You can espouse a culture. Notice how I said “espouse” and not take? That’s because it’s a huge no-no to take something that you didn’t create. Espouse means to adopt or support (a cause, belief, or a way of life). Another example is marrying someone with a different background as you and learning the things his culture does. Say you married someone with a Mexican background and you learn how to cook pozole (a Mexican stew), learn how to dance norteñas and so on. Or if you married someone who is Japanese and the wedding is the traditional Japanese ceremony rather than a normal American wedding.

If you’re inspired by the culture and want to wear their clothing, try their traditions or make their food. Do it right. Don’t just wing it.

“I believe the right thing to do when adopting a culture is to first do your research. Many people assume a lot about different cultures,” said senior Mashe Caldwell. “People especially expect everyone to look the same within a culture [which] is so false. People should explore and actually try to eat different cultures food, be around people of the culture they’re trying to adopt and communicate a lot. Without knowledge or any sort of experiencing you won’t truly understand.”

When many see a white person wearing– or attempting to wear–locks or cornrows as box braids in their hair, they typically know what’s coming: a metaphorical slap out of existence from the black community. Why’s that? Because they’re out here claiming that cornrows are box braids instead of just keeping the original.

I could go on and on about the right and wrongs but since this is a school article, we’re keeping it short. Just don’t fudge up and do your research. I am not saying you can’t do it, just do it right.