U.S. and Iran tensions spiraling to a new boiling point 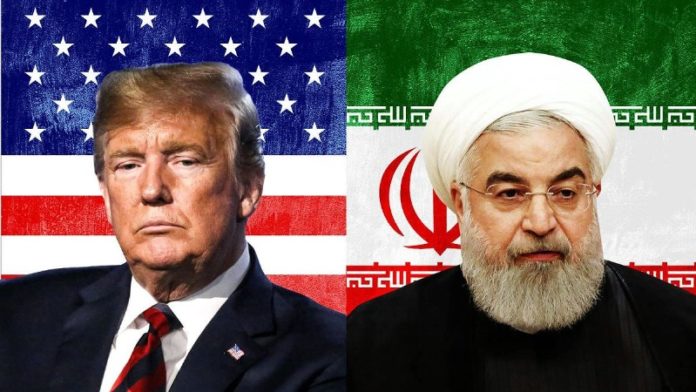 Looking past all the World War 3 memes of imminent death or a national draft on the internet, the tension between the U.S. and Iran are rising to new threatening levels. The U.S. and Iran have had a strained relationship for decades but recent actions on both sides have escalated their relationship to potential physical combat.

A Brief History of conflict

The tension between the U.S. and Iran is not a new 2020 conflict. The conflict between the two nations goes back almost 70 years, starting with the orchestrated overthrow of Iran’s democratically-elected prime minister, Mohammad Mossadeq who wanted to nationalize the country’s oil industry. Then in 1979, there was the Iranian Revolution where the Iranian people struck back against the then U.S.-backed leader, Mohammad Reza Pahlevi, and established their own Republic of Iran.

During this time of revolution, protesters stormed the U.S. Embassy and took 52 Americans hostage for 444 days. The view of Iran as an “enemy” continued when they were deemed to be apart of the “Axis of Evil,” along with North Korea and Iraq in 2002 and that their development of nuclear weapons became known to the world. The U.S. response has been to sanction the country’s economy which had proven to not only hurt its people but also grow Iranian disdain against the U.S.

A Moment of Peace

Newly-elected Iranian president, Hassan Rouhani, began talking by phone with former President Obama. This was the first conversation in 30 years between two top-level officials between the respective governments. Iran was suffering from sanctions imposed by the U.S. and European Union, and the U.S. did not like Iran producing nuclear weapons at the rate they were going.

That’s when the two countries reached an agreement that came to be known as the Iran Deal in 2015. Iran regained access to billions of dollars in assets and their ability to sell oil in international markets, while the U.S. had to uplift crippling sanctions from Iran’s economy. This brought some ease and stability between the two countries until May 2018 when President Trump abandoned the deal and started to resume sanctions in November of that year.

The Renewal of Conflict

The resurgence of the sanctions resulted in not only a drop in Iran’s economy but also its currency to record lows, quadrupled its annual inflation, drove away foreign investors and even triggered protest within the country. Iran has responded to the breaking of the deal by revitalizing its production of nuclear materials. Escalation continued with the Trump Administration in May and June of 2019 as six oil tankers exploded in the Gulf of Oman and the U.S. accused Iran for the cause.

Also in June of that year, there was a dispute over a shot-down drone between the two. Iran had its forces shoot down the drone because it claimed that it was hovering over its territory while the U.S. counterclaimed by stating that their drone was flying over international waters. As a result, Iran rolled back even more of its commitments that they were bound to by the Iran Deal.

The particular debacle that has started the conversation of potential war with Iran was the Jan. 2 assissnation of General Qasem Soleimani. A drone strike in Iraq, executed by the U.S., killed Iran’s top military commander. In Iran, a grand funeral was held for the deceased leader, and following that were U.S. flag burnings, Iran vowing to seek “severe revenge” for the general, and the country officially pulling out of the Iran Deal. Iran didn’t take long to seek their revenge when they sent missiles to strike a U.S. military base in Iraq. While no American lives, or any lives were taken due to the attack, the capability of a sophisticated attack was seen by the entire world.

Relations in the Future

The relation between the two seem to be cooling down, at least when it comes to the violent rhetoric spewed by both sides. However, the possibility that offensive actions by the U.S. or protest by the Iranian people are stopping anytime is unlikely. The conflict is also spreading to dragging in the rest of the world. Three days after a Ukranian passenger airplane exploded and crash, Iran admitted that they had shot the plane down. Their given reasoning for the action was that they were on high alert for U.S. retaliation for the strike to their base just hours before, and an Iranian operator believed that the passenger was of the American military.

All 176 people onboard the Ukranian plane were killed. Iran has already arrested dozens of people for the misfiring and vows to fully and openly investigate the tragedy. The president of Iran, Hassan Rouhani, does still blame the event’s occurrence on Trump’s Administration for ratcheting tensions between the two countries.

Sources used for the article above:
BBC
CNN
CBS