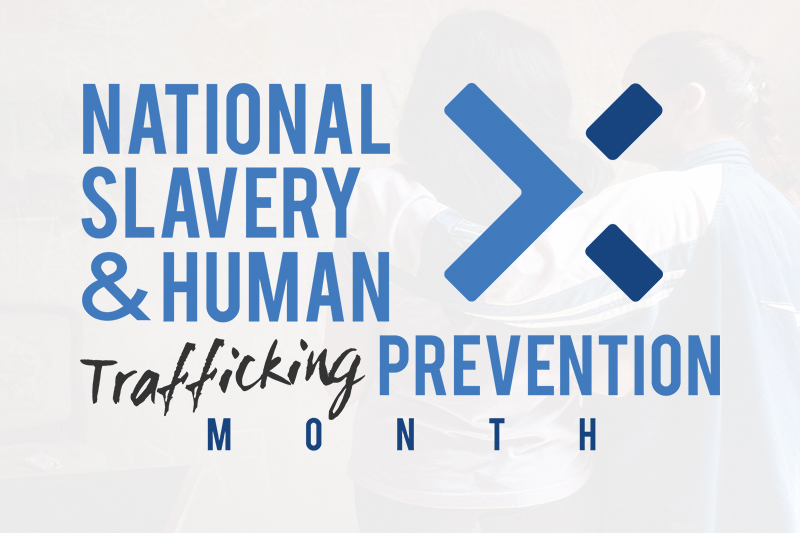 January is human trafficking awareness month and a reminder that many people go missing everyday.  The International Labor Organization estimates that “there are 40.3 million victims of human trafficking globally, with hundreds of thousands in the United States.  Humans get abducted to be used for work labor or sex exploitation. Many get taken to other countries, states or cities making it harder to escape. “

While many may not necessarily know someone personally who has been trafficked, it is a rising issue that affects many.

“It’s unfortunate [because] many of these human traffickers are taking children and teenagers for their benefit, money,” said senior Lesly Saravia. “It’s sickening that children are never seen again by their family and friends.”

Although many people go missing every day, the huge impact social media has on our society has made easier to spread the word. Many police departments, like in DCPD, have social media like Twitter and post missing people in hopes of bringing them back.

“It is definitely concerning because I am on different social media platforms and I kind of pay attention to things going that still go on in Chicago and there is a large number of young women missing [there],” said 12th grade English teacher Ms. Johnson. “[The victims] often are women of color that’s missing and there’s not a lot of coverage for these type of people.”

The sad truth is that fewer people of color get news coverage when they go missing. According to ABC News, “black families searching for missing relatives say that their missing loved ones are more likely to be labeled as runaways, and that they are somehow not worth the focus of the police or the media.”

This is concerning because Parkdale is a predominantly a minority school. We have some students that walk home. Even if not all students walk home, it is still possible they can be harmed in a split second. It’s getting harder for people to do daily life activities like walking to your car or going to school without being cautious.

A great way to avoid harm is to learn self defense. As stated in life hackers “When you’re in a confrontation, you only have a few seconds and a few moves…So aim for the parts of the body where you can do the most damage easily: the eyes, nose, ears, neck, groin, knee, and legs.” One can learn self defense moves by searching them up on Youtube.

Ms. Johnson also has many ways to make sure her daughter is safe. She advises her to take a number of precautions to ensure her safety.

“Two things she has [are] pepper spray [and] she uses uber so tell her to make sure the car matches the identification she has in the app,” Ms Johnson explained. “Always stay aware, don’t walk somewhere with your music so loud that you can’t hear someone running up behind you, watch your surroundings always look behind you, pay attention to people that are suspicious, and don’t get too close to cars.”