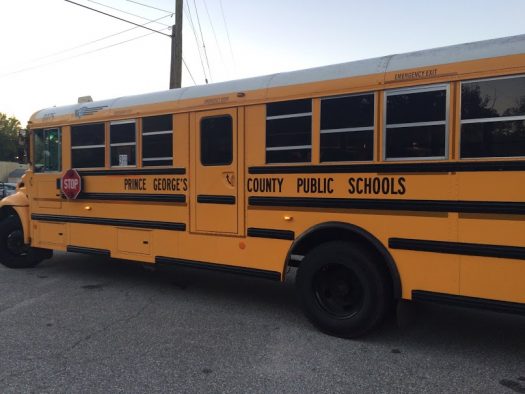 ▲
Many students risk missing crucial minutes in first period due to late buses throughout the county.
Google Images

▲
Many students risk missing crucial minutes in first period due to late buses throughout the county.
Google Images

Imagine standing in 30-degree weather for about 30 minutes to an hour waiting for the school bus to arrive. Many students all around Prince George’s County have experienced this due to a shortage of at least 100 bus drivers, causing some buses to never arrive at their designated bus stop.

“I heard about it on the radio and my first thought[s] were schools always talk about how important attendance is, but we don’t have enough buses to be able to attend school on time,” Said freshman Makayla Rhodes.

When the school bus hasn’t arrived, most students call the school to inform them of the problem. The school office tells the student or parent figure to call the bus lot because they can’t do anything about it. Most times, however, not much comes from either call.

“When the bus doesn’t arrive, I don’t contact the school since the time to find another bus is uncertain, and I’d rather not spend more time in the cold,” senior Jennifer Saavedra explained.

In attempts to combat this ever-growing issue, PGCPS created an app called “Here comes the bus” to give students and parents a sense of awareness of when the bus arrived at  the stop. However, in an interview with Fox 5 Barry Stanton, PGCPS Chief Operating Officer, explains how the app doesn’t record the last minute changes bus route.

“We’re doing on-the-spot quick changes and we don’t have the manpower to go in and update the app,” Stanton said.

To fix the bus driver shortage issue, Prince George’s has hosted a job fair. Even though the job fair has passed, on the PG website they have more available information on how to be a bus driver and what are their requirements.

“If possible, [the county should] manage the maintenance of the busses in order to have less chances of delayed busses due to malfunctions,” said Saaverda.