People can’t seem get enough of “You”– not you, but the Netflix TV show. The buzz has dialed down now but the messages that the show revealed for some people are still lingering.

It leaves people wondering what they really got from watching “You,” making them ask themselves questions like, “Did he do it for love? Was he a serial killer, or did he just make really bad decisions? Is he really a that bad of a guy?” The combinations are endless, and it leaves people guessing about what these questions can really lead to, and the messages that it can reveal from behind the scenes. 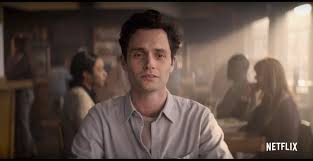 The main character of the show is what really brings conversations to the tables. The infamous Joe Goldberg (performed by actor Penn Badgley) is a known stalker. He follows around who he believes to be his true love to “get to know her”–right, totally not weird. Now, what this show does is try to convince the audience time after time that this character who see quite literally stalking and killing people–but doing so with a lot of charm– is actually a good guy when in reality he’s actually a murderous, manipulative serial killer.

This may seem like your typical Netflix series where the good guy goes bad, but it’s actually deeper than that. From the jump, Joe is bad but what the plot does a good job of is making the audience forgive him… continuously. So that leaves us with the questions as to why? Let’s knock out the obvious, which is that the man is attractive. But the looks shouldn’t be the reason why people are normalizing toxic, stalking, and murderous behavior all whilst rooting for him.

I bet you’ve heard this same story before because it’s actually quite common. Take serial killers like Ted Bundy, Charles Manson, and Jeffrey Dahmer for instance. You mainly hear about the horrible crimes that they’ve committed, such as murder of both degrees, rape, canabalism, and more. But the thing that makes them stand out the most is that many young Americans actually fantasize over their looks. There are hundreds of articles all over the internet about how these men are mainly remembered for their looks and not for the horrible things that they’ve done.

If you take the time to search up something as simple as ‘Top serial killers’ you can come across many articles, blogs, and even tweets all revolved around these men and how they are glorified for their looks and not taken account of for their murderous actions.

Once you get into the depths of these articles, you start to notice a trend going on. Article after article, you notice that these men all have one thing in common: they’re all white.

Would they be receiving this same type of glorification if they were black or even a darker skin tone? Yeah, right.

When searching articles on “The top hottest black serial killers,” you’d be surprised (or maybe not at all) as to what pops up. You’ll see that there isn’t anyone writing blogs or glorifying these black men or women for killing people. And with the few articles that you click on, you’ll notice that they use very different wording.

In the article, “9 serial killers who we would want to slice us open” they describe the men as “a sexy guy who will make your life flash before your eyes.” Keep in mind, all these serial killer men who are glorified are white. Because there are no blogs about handsome black serial killers, we’re only left to examine news articles, and in those articles, the language they use (rightfully so, because they’re serial killers!) describes them as predators and dangerous.

There is a clear and visual difference between how white male serial killers are looked at upon society.

“We have this overwhelming need to forgive white people for their transgressions,” said 10th grade English teacher Ms. Camper. “And I feel like that show ‘You’ is kind of playing into that.”

Some may believe that there isn’t a difference in the way that society sees white people and black people (particularly in this case, even serial killers!), and yet have this continuous urge to forgive them, which plays a huge part in what we see on television. We’ve seen it with the documentary on Ted Bundy recently and again with the show “You.” And what follows after these series are the constant praises and “stans” for inhumane nature. However, you don’t see that same reaction amongst black murderers.

Take for example, the D.C sniper whose name pops up every so often.  “D.C. Sniper Attacks’ ‘ by Wikipedia is one of the first articles to pop up on Google. Notice there isn’t one article discussing his looks but instead only his killings, his convictions, and his sentencing. There aren’t a million articles written about the looks of black serial killers, yet here we are with thousands of articles present on the looks of white serial killers.

One could argue that “It’s not about race” when it comes to society’s infatuation with Joe Goldberg and more so just about casting norms.

“I have never thought about this as a race thing,” said biology teacher Mrs. Harris. “I mean of course, there are predominantly white characters but that’s like every movie on Netflix, unless it’s specifically geared towards black people.”

While we could chalk everyone’s love for Joe just up to casting, people involved in the show themselves see the detriment it could be creating in forgiving white crimes. 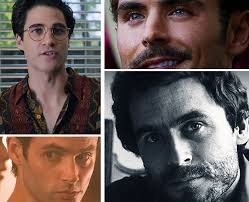 In an interview with Variety magazine, Badgley, who plays Joe, explained that the show in which he has found renewed fame is about “how far [we’re] willing to go to forgive an evil white man.” This only shows that even the main character himself is hip to what the real message is behind the scenes of love and conflicts. Badgley’s statement only reveals the message that viewers would get after re-watching or analyzing the show.

However, regardless of if the show gears towards white characters, ask yourself this question: have you seen a show like ‘You’–meaning that it is presented in the same way and executed similarly– but with a black male lead? The answer is most likely no, because to be real, black people wouldn’t be glorified for killing.

“Culturally, we have been conditioned to forgive white people for the bad things they do,” Ms. Camper said. “You couldn’t have seen the same thing about a black man.”