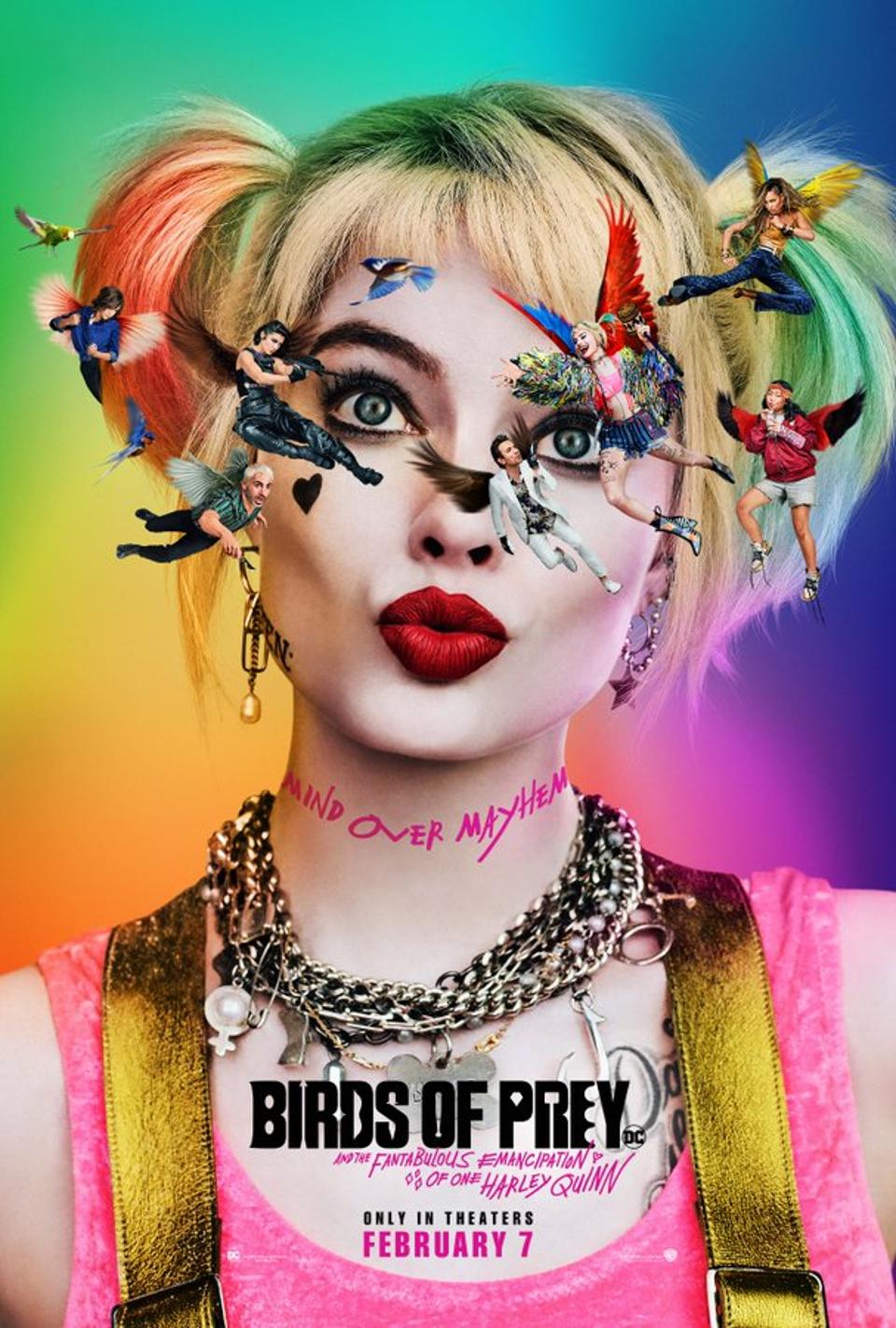 The DC universe has introduced a new addition  to their family and her name is “Birds Of Prey (and the fantabulous emancipation of  One Harley Quinn)”. If you like spontaneous and colorful violence then this movie is for you. As everyone knows Harley Quinn, is known for her wild and erratic behavior.  So, don’t expect this movie to be any different.

The movie starts off with how Harley Quinn became the wild character she is , with power and immunity from anything and anyone which is seen as an animated explanation. Soon that all takes a turn and it snaps back to reality when Joker breaks up with her and she publicly announces with a big bang (literally, she made a whole factory explode). This makes her the target of almost everyone especially Roman Sionis better known as Black Mask.

Better not blink in the first half of the movie or else you might get lost. Harley explains certain events that happen constantly going back and forth from present to past in the worst time possible. In one scene , she’s in the middle of fighting when she explains how she got there and why which adds on in how random and impulsive Harley is.

As eye catching as Harley Quinn can be with her vibrant charms, she isn’t the only major role in this movie.

We have our songbird, Black Canary joining the club as well with her killer voice. She sings the amazing song, “It’s a Man’s Man’s world.” She not only sings but also knows how to fight. Saving Harley and fighting to protect Cassandra Cain. We also see a sneak peek of her powers even though it would have been super helpful during the big battle. Overall, Black Canary wants to make Gotham a better place for everyone, by getting rid of all the villains.

Another character that caught my eye was detective Renee Montoya, a well-known figure, but sadly had her spot light stolen when her partner took all the credit in a big case. (Minor spoiler ahead?) This sadly happens again at the end of the movie, but she decides to quit and fight crime in her own style along with Black Canary and Huntress.

Even with the fighting and strong language used every second, Many don’t think it should have been rated R. I personally agree with this. There are some moments that cause your stomach to flip, but it certainly wasn’t as bad as the Joker. The most violent scene (for me at least and I have a stomach that flips like crazy) was when someone exploded, but it was barely anything.

Oddly enough, seeing Harley beat someone up with a bag of cocaine and a bat and Black Canary asking for a hair tie in the middle of battle made me feel very empowered. Not like fighting the first criminal I see, but definitely being able to overcome what comes my way even if at times a few trials and errors.

Directed by Cathy Yan, Bird of Prey brought in $65 million even though the budget was $85 million, even though it didn’t do as well as its other DC films. It doesn’t mean it isn’t good. Overall, I give this movie a nine out of ten.

If you are a fan of some butt kicking action, colorful scenes, and having the perfect breakfast  sandwich for a hangover then I totally recommend this movie.