On  Jan. 26, one the best and the most loved NBA All-Stars Kobe Bryant was killed in a horrific helicopter accident, along with his 13-year-old daughter Gianna and seven others. In honor of his legacy, we compiled some of his most memorable contributions to the game, his family, and the world. 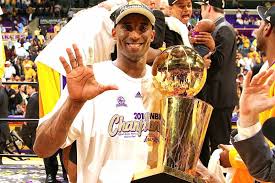 It all started in 1999 when Bryant was the youngest to enter the NBA at the age of 19 playing for the LA Lakers. Within just a few years of him playing with the LA Lakers, he was recognized as a very gifted player, what most people consider a prodigy.

In 2002, he was named NBA All-Star Game MVP. By 2010, he had broken many records and contests, including slam dunk contests, making 81 points in a game, the second-highest in NBA history, as well getting endorsed by McDonald’s.

Although Bryant had set many records, he was and still is the youngest person to play in an All-Star Game. He scored the most points, made the most turnovers, and made more free throws than any other guard in history. He is also one of four players who won all 15 NBA honors. Kobe scored the most points in a single arena and also the only player to reach 33,000 points.

By the end of his career, he led the Lakers to five NBA championships. He played for a total of 20 seasons, as a Laker for all of them, before retiring in 2016. 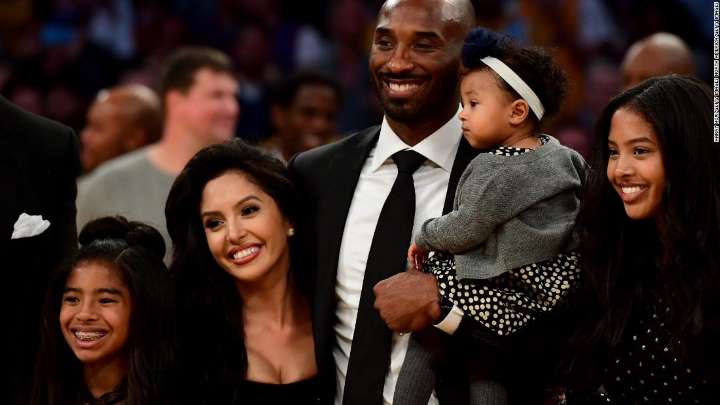 Apart from his widely known career in the NBA, Bryant wasn’t just known for playing basketball. He was a father of four daughters: Natalia, Gianna, Bianka, and Capri, whom he share with his wife of nearly 19 years, Vanessa. After his father retired from the NBA, Bryant and his family moved to Italy where Kobe played many sports and was very athletic but also continued his basketball career. In 1991, they left Italy and moved back home.  After a long career in basketball, Kobe did not stop working.  Shortly after retiring, he made a short film entitled “ Dear Basketball,” which won an Academy Award for Best Animated Short Film in 2018.

Over the span of his life, Bryant shared his wealth in many ways. He and his wife started a charity to help improve the life of less fortunate youth through sports and other ways.

In Santa Barbara, he started his own camp dedicated to teaching kids basketball skills. Bryant also was the national ambassador for “ After School All-Stars,” an organization made for families with low income. 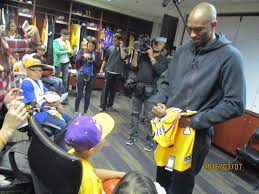 Bryant was also proudly part of the Make-A-Wish America Foundation over decades. He met an astonishing 200 patients. Also, he did a Stand Up 2 Cancer and was able to raise $81 million for cancer research.

To help society more broadly, he became a venture capitalist and invested in companies to help them become more successful and “ get off the ground”.

He also helped women sports by donating $5,000 to a girls basketball team and at a local high school. Bryant also coached a young women’s basketball team he started called the Mambas, a legacy that will continue in the Bryant family beyond his tragic death.

It’s not hard to see that Kobe Bryant was a model to most. From being the youngest basketball player to enter the NBA to helping raise money for cancer research, Kobe has done many reputable things in his career and always strived to help others. He was able to give many people hope and confidence to do what they loved. One of his known saying is “If you are afraid to fail, then you are probably going to fail”.