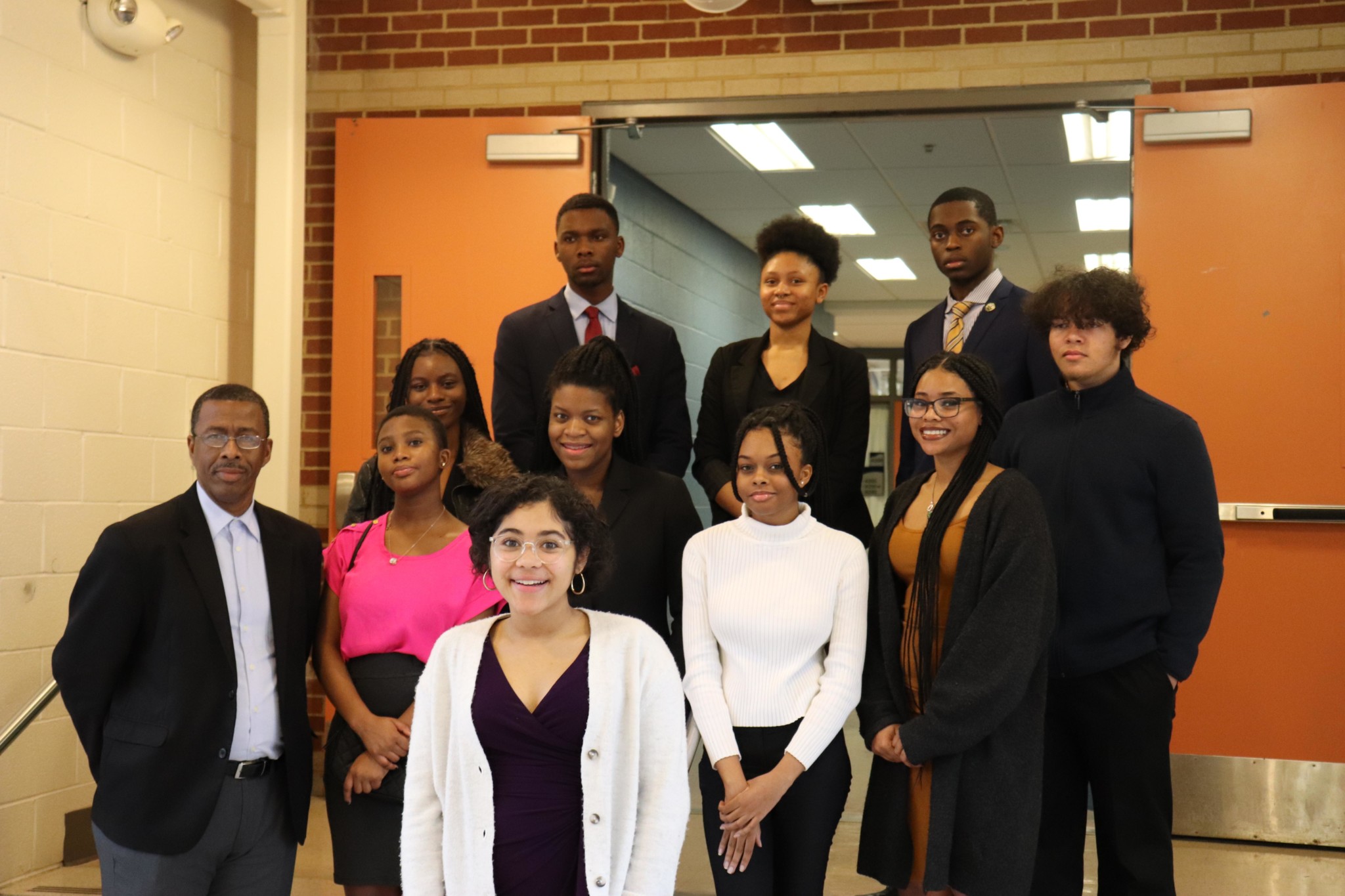 The Parkdale Mock Trial team remains undefeated for the second year in a row, but this year they have new members and a new case.  The team has successfully done it again with the help of Mr. Blake, the Mock Trial sponsor who has directed students through the path of success.

“Last year, we had seven seniors with considerable experience, and the team did exemplary work,” he said. “We even made it as far as regional competitions, having become the Circuit 7 champions. In fact, Sarah Awong has adjudged the best witness in Circuit Seven, and Justina Blanco was singled out for a memorable voir dire [a preliminary examination of a witness or a juror by a judge or counsel].”

Last season, the case focused on a relationship between an 18 year old and a minor who had broken up. The 18 year old posted defaming images and texts online, causing the minor to get bullied.

This year, the case took on a different issue: police brutality. The case focused on a policeman who arrested an innocent man and defamation of character.

Although the team is seeing similar success as last year, they have had to adjust and stabilize for the future since so many of last year’s strong team members graduated.

“The biggest difference between last year and this year is that there’s been a learning curve in terms of mock trial,” senior Bryce Awono, who participated on the team last school year. “So for those of us [who have] been on the team for four to three years, we really have to be more mentors and we really started working hard to actually make sure that we’re like, laying a foundation for next year and getting new members.”

Junior Natalie Duverne is a new asset to the mock trial team, but with the help of the rest of the team, she has adapted and helped the team succeed. The team welcomed her with open arms.

“I’ve felt very welcomed!” she explained. “They’re all very kind people and there’s never a dull moment with them.”

Duverne joined mock trial because of her interest in law and to practice public speaking skills. She feels special being a part of this success story.

Although new members have joined the team, others have left too. Ms. Thompson, the Homeland Security lead teacher who was also a sponsor, is no longer part of the Parkdale family but helped the mock trial team succeed in the years she was their sponsor.

“Ms. Thompson and I have worked with the mock trial team since last year,” Mr. Blake said. “We are sorry she is no longer with us. She was a dedicated and caring coach.”

Although some members are gone, new members stepped up to the occasion to keep the team undefeated. With the new members on the team, Mock Trial could keep their heads up high in hopes of another outstanding performance.

“This year, we hope to prevail and win the state competition,” Mr. Blake said. “The students have been working hard, so I am very optimistic. Whether we win or lose, the learning process will be invaluable.”