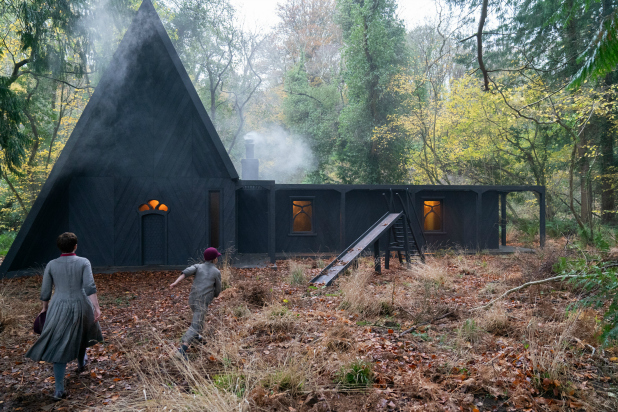 ▲
Although the RottenTomatoes rating is low, "Gretel and Hansel" is a must-see film.
Google Images

▲
Although the RottenTomatoes rating is low, "Gretel and Hansel" is a must-see film.
Google Images

The movie “Gretel & Hansel” is not a “scary” film, but it sure is an interesting one. The modern retelling has changed a lot since its original telling in 1812, but the real question is, does this thriller movie live up to its original story?

Released on Jan. 31, the movie starts off telling a tale of a little girl, always referred to as “the girl with the pink cap”. As a baby, she fell ill, and her parents put faith in a witch to cure her illness. Although the witch did cure the girl’s illness, she left her with the power to tell the future. Because of this, people in her village came to her to have their futures told. Although she knew everything would end in death, she used this power to kill people, including her father. She is taken to the woods and left alone, but she lures others.

The movie then introduces sister and brother, Gretel and Hansel. The siblings grow up in medieval Germany in a poor family, which leaves the kids to fend for themselves. After days of wandering the woods alone dodging dangerous and suspicious people, their hunger leads them into the hands of a witch.

The brother sister duo is played by Sophia Lilis and Sammy Leakey. The name Sophia Lilis may be familiar to you. She played in box office hits “It” and “It Chapter Two” and will also be starring as the lead character in a new Netflix series “I Am Not Okay With This” with her former co star Wyatt Oleff. The movie also stares Alice Kridge as Holda, the witch, best known for playing The Borg Queen in the 1996 movie ”Star Trek:The First Contact”. The movie also stars new faces like Sammy Leakey as “Hansel”.

I would say the most fascinating feature of this movie is it’s cinematography.The use of close-up character shots really gives the audience a chilling and suspicious feeling when watching the movie.This is all thanks to Galo Olivares who has been a cinematographer on other mystery/thriller movies like “The Night Guard”.

The one interesting thing I noticed is it’s subtle feminist undertones. Gretel is put into a leadership role early on in the film, and its title is even rearranged to feature Gretel first– opposite of the usual “Hansel and Gretel” title. The film even touches on modern female social issues despite it being based on an old tale as it focuses  on misogyny suppressing women’s freedom, an interesting and progressive detail for a movie derived from an old tale.

This is not the typical thriller movie anyone would expect in 2020. The movie’s cinematography stood out the most and the music really set the scene and pace of the movie.This movie would bring great enjoyment to those who love fantasy-like movies and  enjoy a suspicious plot. Although this movie is not not for everyone, especially those looking for a scary movie, give this movie a try. It might just impress you.

“Gretal & Hansel” received a rating of 5.4/10 on RottenTomatoes.