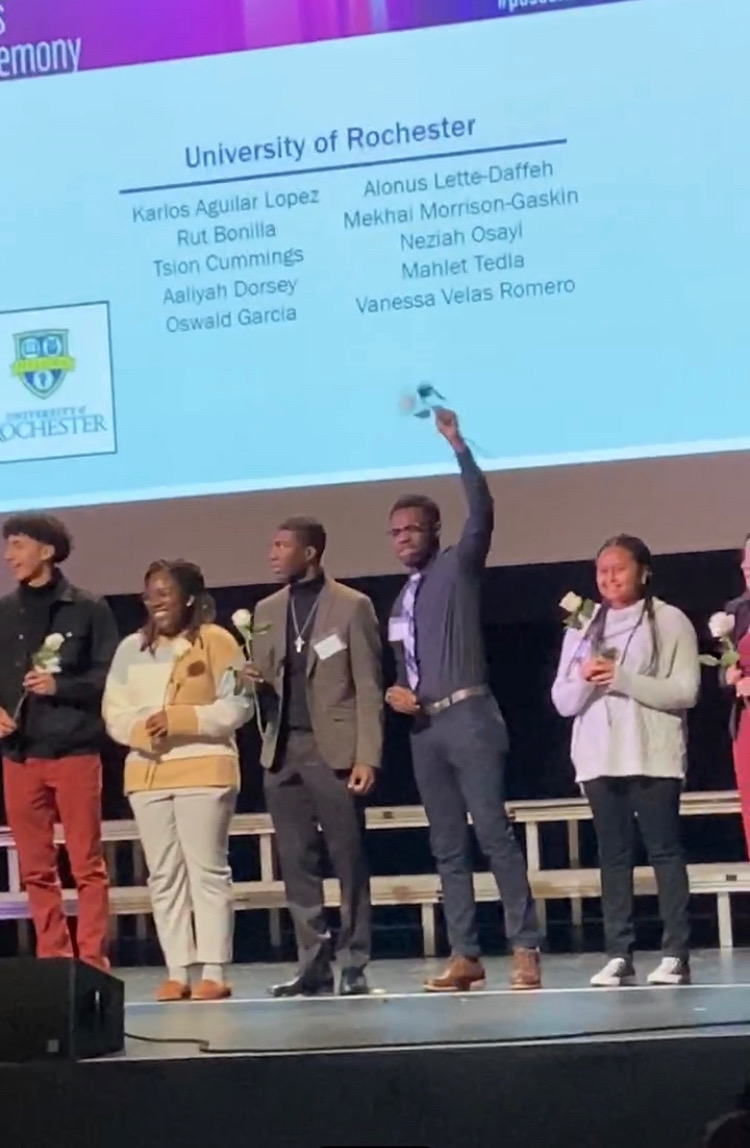 Senior Neziah Osayi, editor-in-chief of The Paw Print, financial literacy advocate, lacrosse player, Capital One Banker.  He can now add another thing to that long list: Posse Scholar. On Jan. 8, Osayi was awarded the Posse Scholarship, which will pay for his tuition in full beginning in the fall at the University of Rochester in Rochester, NY.

The Posse scholarship seeks to find stellar individuals who are selected to be part of a diverse set of students who can then serve as catalysts for change in their community. The Posse Scholarship is nationally known and has received recognition from many major political figures. In 2010, former president Barack Obama donated a portion of his Nobel peace prize, $1.4 million to Posse. The Posse scholarship chooses students from diverse backgrounds to go to schools that are predominantly white colleges(PWIs) in order to create a diverse environment.

“He was one of those students who sought me out, someone who had direction,”  Ms. Bastien explained.

Posse is a very intricate process that requires students to do things independently and because of this, Ms. Bastein was confident that Osayi would be able to see it through as he is a “go-getter, kind, caring, someone who is definitely going to be academically successful in college.” Ms. Bastien stated that in her 20 years as a counselor, Neziah will definitely be one that she remembers by name.

To choose its candidates, the Posse uses a system called the Dynamic Assessment Process to choose young leaders with great potential.

The first interview process is not your traditional sit-down interview. Posse has chosen something a little different to wean out their young leaders from the bunch. The only instruction they were given was to dress comfortably in business casual clothing.

On Aug. 29, all the Posse nominees lined up into the Pepco Art Gallery in Washington where they were given an application and got their photo taken and instructed to sit on the floor nervously awaiting their first task. The Posse scholars were instructed to get into a circle and introduce themselves to each other telling their school, name, and age. The nominees were placed into groups with people that they did not know and told that they were to pretend that they were toymakers who needed to replicate a toy.

One member of the group needed to run to look at the already built lego structure which was in another room and then relay to their group what they saw so that they could try to accurately recreate the structure.

The second task was where the students were placed in a new group, explicitly instructed to pair up with people they did not know from the last group, and they were given an envelope which they were given questions such as “what is more important: influence, power or wealth?”, “Do you think police are portrayed fairly in the media?”, “Should politicians personal life be a point of discussion during an election?”, after serving their time, should convicts have the right to vote?” and they were simply instructed to discuss their point of view while individuals on the Posse staff inconspicuously spied in on the conversation.

Posse Scholars were then instructed to get into a new group and they were given a social issue such as pollution in  which they had to act out a public service announcement creatively informing others about the issue and how they could get involved. At the end of the interview, the Posse scholars wrote an essay answering a prompt of their choice from a list of options. The Posse scholars then left a little perplexed but also energized, wondering how they were evaluated and most importantly who made the cut.

“Usually you can tell if it was a good interview or a bad interview,” Osayi explained.  “But with this, I never got to meet the people who were judging me, so I was very unsure.” He further explained that he believes this interview is more open  than the normal interview process because “it allows you to be more sincere and true to yourself instead of trying to put up a facade”.

In September, the anxious nominees, exhausted from tirelessly checking their emails, received the email informing them whether or not they would move on to the second round of interviews. Osayi stated that he was in driving school at the time and was very surprised to receive the email that he was a semi-finalist.

”It was very informal,” he said. “It is like we were having a conversation, we were just talking about me and what I’d done. I felt like I was talking to two people about the program rather than just interviewing me.”

Osayi recalls one question that was very memorable from the second interview about where he saw himself in Posse. Osayi ended up answering that he  “viewed it as though we were in a car and [he] wanted to be the driver,” as his interviewers recoiled a bit since the purpose of Posse is to be on a team.

While it may not have been the ideal answer, Osayi asked himself “how much do I actually want to be on this team?”– a question that brought him to the realization that “maybe we don’t always have to drive all the time; that maybe [he] could just be a part of something.”

The Posse hopefuls are given a list of participating schools and told to rank their top choices. Osayi explained that he chose the University of Rochester the very first time he was asked what school he wanted to go to. Initially, he simply chose Rochester because it was in New York. However, later after further research, he realized that they were top-ranked schools for their business program.

Osayi was also drawn to Rochester due to their slogan Meliora, which is Latin for “ever better.” According to their website, “Rochester seeks to create a space where people can achieve the ever-better of society, in their community and in the country.”

Upon receiving notification that he was being given the scholarship–just hours after his final interview–Osayi explained to have an opportunity where his college expenses were going to be paid for was a blessing and a huge weight lifted. With tuition covered, he only has to pay for room and board expenses.

By attending Rochester, Osayi hopes it puts him on the path to “establish career centers in impoverished communities around the country to give people more access to financial literacy.”

As a scholar, Osayi meets with his other Rochester Posse classmates every week to build relationships and ensure that upon entering freshman year, they have each other– they have a posse. Continuing into freshman year, the Posse scholars will have weekly meetings with their sponsor as well as individual meetings every other week.

Osayi stated he is very excited for his six- hour journey to the University of Rochester where he will definitely have to make sure to bundle up on his quest to Meliora, making the world ever better. 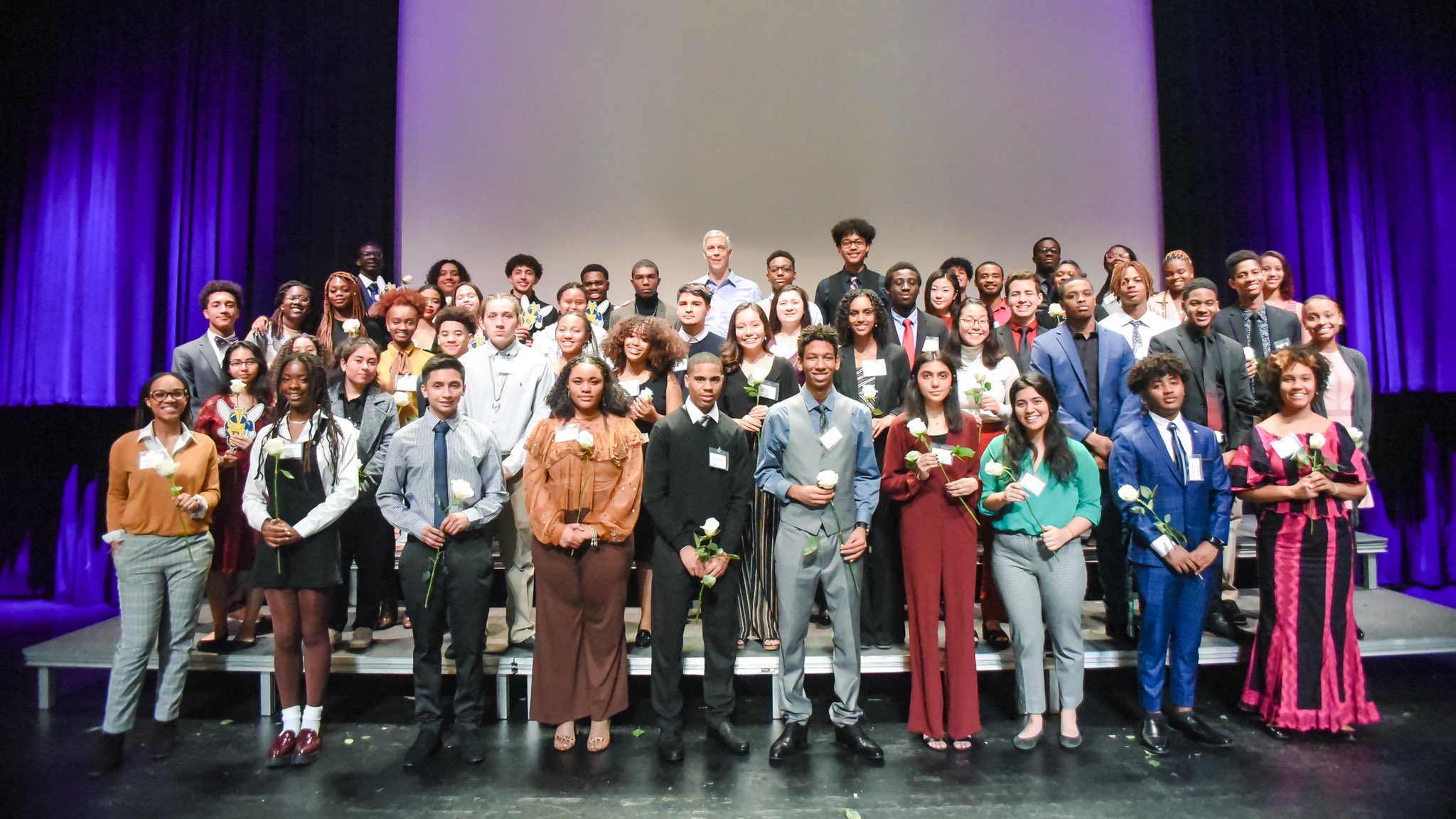