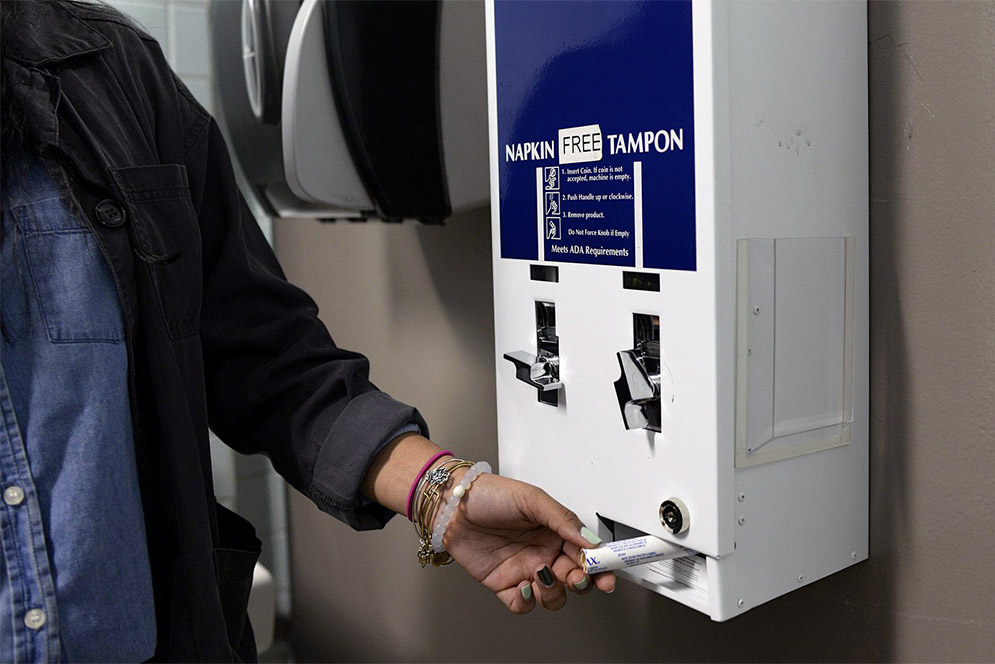 Could this cost be prevented or limited in anyway? For instance girls who attend high school—Parkdale include–could have sanitary products provided.  But could this happen in bathrooms that barely have toilet paper?

In January, the Maryland House of Delegates debated  and voted on a bill that stated  “each county would be required to provide free pads and tampons via dispensers in the restrooms of every school– at no charge to students.” If this bill were passed, they planned to implement this change in at least two bathrooms by Oct.1, and in at least every restroom by August 1, 2024.  The bill was shot down.

While the bill may not have passed, there are other measures that could be taken to alleviate some of the financial burden placed on female students.

“If we do have a pad or tampon dispenser, it would probably be necessary to have at least a 25 cent deposit, not because they should have to pay for it, but to control the use of it,” said science teacher and senior sponsor Ms. Harris.

Given the population of Parkdale, many girls could greatly benefit from a sanitary product dispenser in at least one of the bathrooms, not only for convenience but for necessity.

“It is long overdue,” said 10th grade English teacher Ms. Camper. “We do have a student population that would benefit greatly from that, not just because their girls but also because we do have girls that are lower income.”

The talk of this change for not only Parkdale but all Maryland schools could very  much come to life especially when the estimated cost of a pad and tampon dispenser is as low as $300-$600.

On top of the cost being so affordable, students agree that this change could be a great investment for not just  the girl community but Parkdale as well.

“Sometimes girls don’t have a pad on them or don’t want to give you one and it’s like letting everyone know your on your period,” said senior Heidi Vasquez.