Triumphs and setbacks: A highlight of Parkdale’s Boys’ Basketball team top games of the season

The 2019-20 basketball season started off questionable with a 75-61 loss to Fredrick Douglass, but they quickly turned around with back to back wins against La Plata and College Park Academy. Going into the start of their first conference game, the team had to face one of their biggest rivals in the county, the Duval Tigers. In the battle for Good Luck Road the Panthers took an upsetting loss 50-64 to the Tigers.  Below are some highlights from three of the biggest games played in this year’s season. 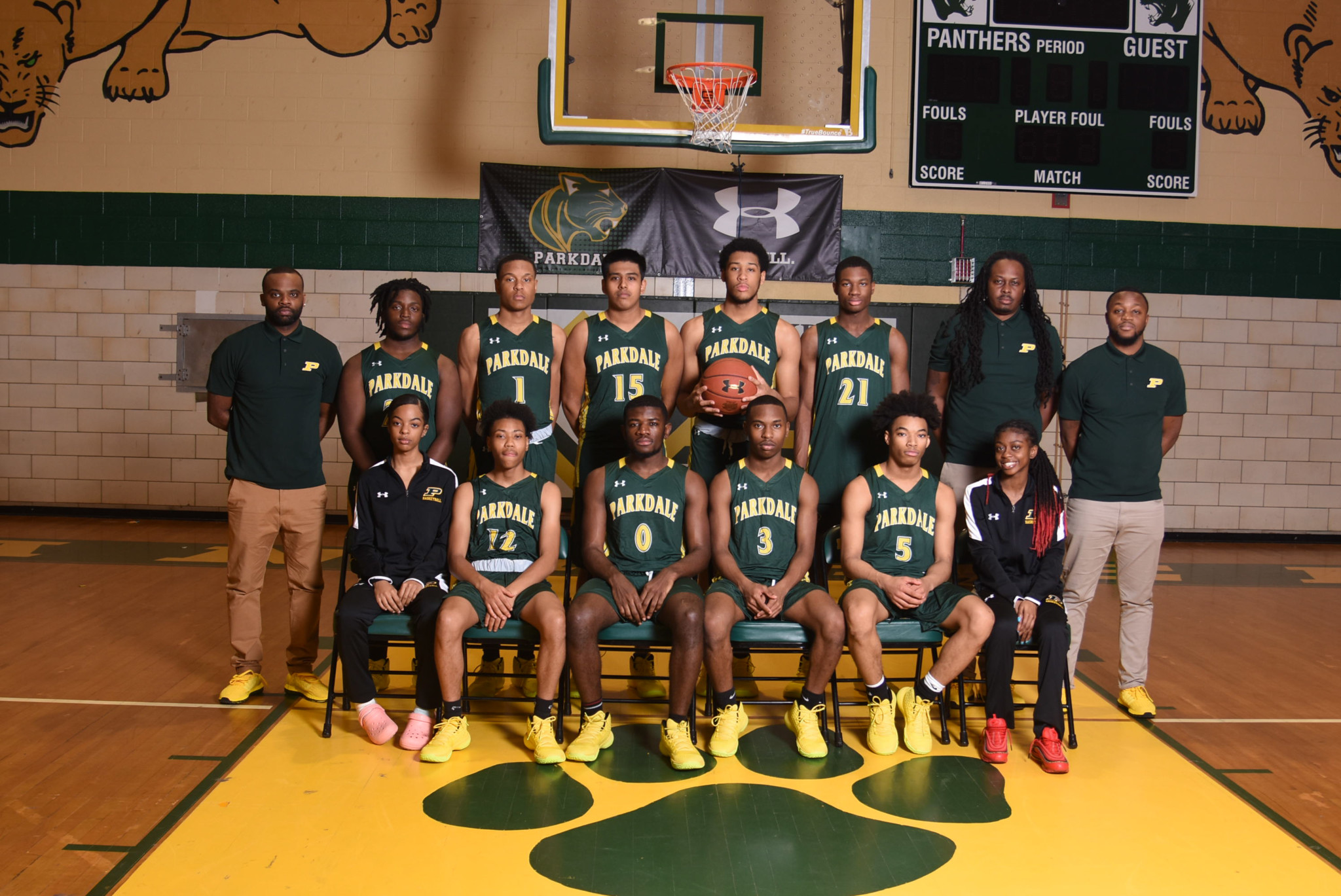 As the season of giving came around, the Panthers were entered into the Waldorf Holiday Hoops Classic tournament hosted by North Point High School. During this event, Parkdale faced two Waldorf schools, Thomas Stone and North Point High.

In their first game they were put against Thomas Stone. As the first quarter ended, both teams were tied, but as each quarter went by Thomas Stone pulled ahead little by little and eventually, the Panthers lost 62-76.

In game two of the tournament, they faced North Point at their home court. During this game, Parkdale’s starting shooting guard, David Andre, led in scoring with a total of 20 points, six three-points, and one two-points. Despite his scoring ability in this game, it still wasn’t enough to take the win, with the game ending in a loss of 52-57.

Although the High Point Eagles are a very overlooked team, the Panthers would still have to play hard and not underestimate them. In the first quarter, both teams were making shots, not letting each other slip away, ending the quarter off with a tied score of 13-13.

During the second quarter, it was like a repeat of the first, both teams preventing the other from pulling ahead. The first half ended with a score of 28-27, with Parkdale in the lead.

As halftime ended, the third quarter was underway and both teams were eager to win. The Eagles gained a boost in confidence and things started to heat up. They were able to lock the Panthers down causing them to create turnovers and convert them into points. The quarter ended off with a score of 43-35 in favor of the Eagles.

Going into the last quarter of the game, the Panthers were down by eight, but they weren’t ready to give up. They were able to score at will, drive to the basket and convert a lot of fouls into points. Things were looking up for them, but it wasn’t enough as the Eagles beat them 65-64.

In the second quarter, the Jaguars weren’t going to allow the Panthers to run away with the win, especially in their house. They started to focus and began to create stops and convert them into points, leaving the first half with a score 33-34, in favor of the Jaguars. Going into the third quarter, both the Panthers and the Jaguars were eager to win.

The Jaguars continued on with their game plan, and it worked as they started to slowly slip away, ending the quarter off 49-51 with the Jaguars still in the lead. In the fourth quarter, the game was still close and Parkdale was not giving up. They spaced the floor and started to convert a lot of shot attempts into points. Flowers on the other hand was doing the same thing, but it wasn’t enough as the quarter ended 65-65 causing them to go  into overtime.

During overtime, most players were exhausted and tired out. This forced the coaches on both teams to rotate players out and sub in new ones. During that quarter, the Panthers scored a total of 11 points and the Jaguars scored only 8. The Panthers won during overtime with the score of 76-73, a victory that really boosted morale.