Would it be fair to say that the corporation that is profiting a specific group of people should at least procure initiative to help that group in a time of need? Is it too much to ask companies and not robots to show some emotion on sensitive subjects and not just sweep it under the rug with one post followed by an apology?

We are living in a time where Americans are protesting police brutality and numerous black people are at the heart of this conversation. They are the ones being affected directly and indirectly. Social media has been a big broadcaster in creating awareness of this matter. However, some institutions face the matter without taking a true look. 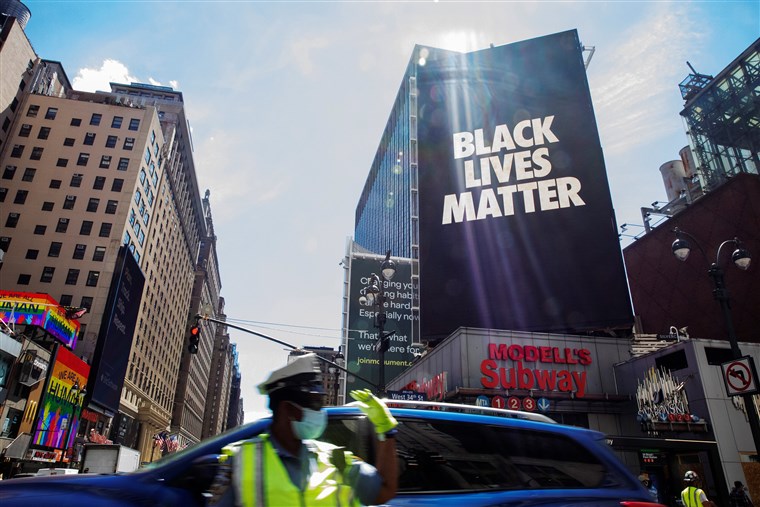 Social media has showcased thousands of protestors all different shapes and colors, being met with tear gas and law enforcement batons. People have captured horrific events taking place such as people being beaten, and journalists being arrested for trying to speak to the American people. We all see this and so do huge corporations. We all see how passionate everyone is about this particular topic whether it be on a viewpoint of a republican or on a viewpoint of the democratic party.

When it comes to corporate support for Black Lives Matter (BLM) many businesses have been quick to adopt the movement’s hashtag, they don’t appear to show the same enthusiasm in their boardrooms: as of 2020, only four out of America’s 500 biggest companies had a black chief executive. Posting a picture about your stance in a situation does not do anything automatically unless you get involved.

The CEO of Amazon, Jeff Bezos, has issued several statements in support of BLM, however it is a bit more complicated. Amazon has been accused of promoting discrimination through its home and they’ve been accused of selling facial recognition products to police that disproportionately misidentifies black faces.

85% of their black employees hold unskilled jobs, many in warehouses, where worker mistreatment has been well-documented.

It wasn’t until after the American Civil Liberties Union called Amazon out about their supposed support for minorities during the BLM movement that Bezos, who owns one the richest companies, announced that they would donate $10 million to social justice organizations. Even though this is a start, Amazon can do much better. Posting a picture about your stance in a situation does not do anything automatically unless you get involved.

In order to investigate Walmart Corporate Social Responsibility and their role in systemic oppression, we need to know of the American Legislative Council ( ALEC). It is a business that creates conservative bills and hands them to legislatures to legalize. Many of their legalized laws fill their partners’ pockets and oppress people of color. 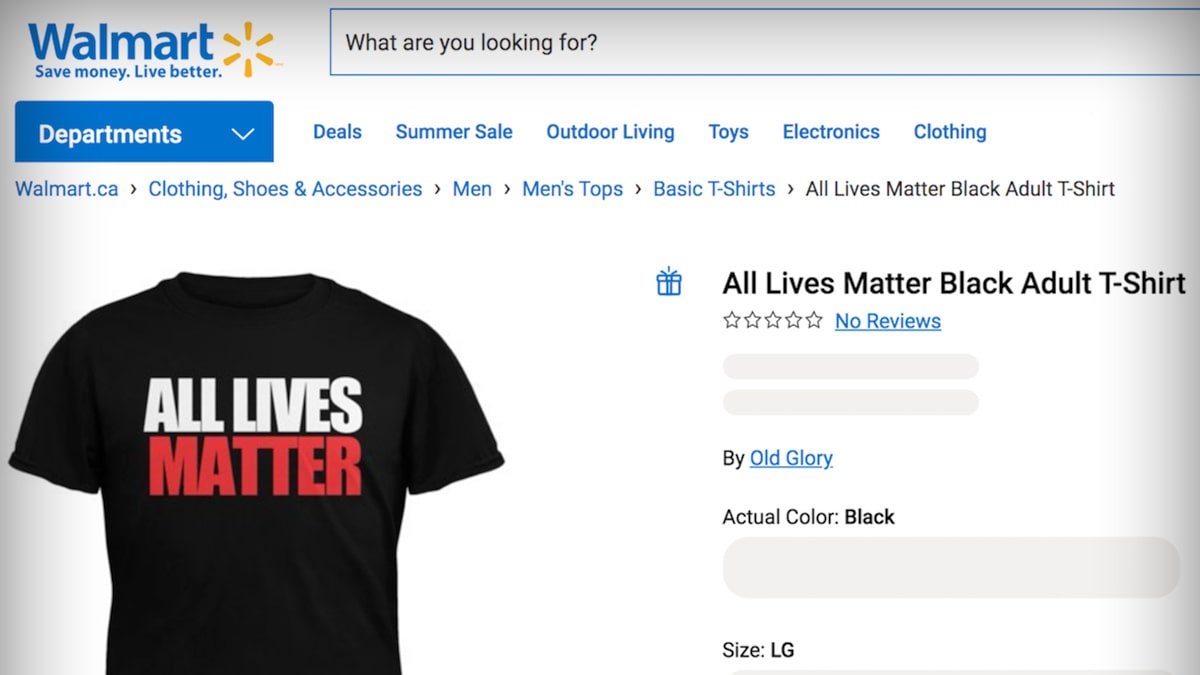 They enacted bills such as the “Stand-Your-Ground” law and “Three Strike & You’re Out” law. . The “Stand Your Ground” law allowed George Zimmerman to murder Trayvon Martin in 2014 without punishment. The “Three strikes & You’re out” law was designed to keep more people in prison longer, primarily people of color. Privatized prisons surged in profit after this law was enacted. ALEC was formally funded by Wal-Mart and they profited immensely from the laws that ALEC enacted. The “Stand your Ground” act enables Wal-Mart to become the largest gun retailer in the world.

Early in June CEO Doug McMillon announced that Wal-Mart was committing $100 million over five years to build a “center on racial equity.” Why should the black community wait five years for changes that should have been done decades ago?

Wal-Mart says they are passionate about racial  justice and social issues however, they fund incendiary politicians who stoke racial divisions.Walmart PAC for Responsible Government donates to politicians like David Perdue of Georgia, Thom Tillis of North Carolina and Tom Cotton of Arkansas, who have been unnervingly complicit in or unabashedly supportive of the government’s crackdown on protests and President Donald Trump’s racially divisive and dehumanizing rhetoric.

Not only has Walmart shown their true nature through donations to political campaigns, they have shown it through their sales. According to CBS “The nation’s largest retailer said it’s indefinitely halting sales of items declaring “All Lives Matter” after hearing from some workers and customers who questioned the intent behind the phrase. “We will continue to sell other variations, including “Blue Lives Matter,” a Walmart spokesperson told CBS MoneyWatch in an email.

The irony really jumps out when the same organization that blacklisted Colin Kaepernick for protesting police brutality, *cough cough* the NFL, is now claiming that black lives matter.

Nike has not gotten off easy on their response on social issues. In 2018, Nike launched an advertising campaign with the American Football star Colin Keapernick after he was dropped by the National Football League after taking a knee during the national anthem in response against police brutality in the US.

Ever since then, the same action has been repeated by other public figures, with mild backlash, but at the time it cost Kaepernick his entire career in football. However, the controversy did not stop there for Nike. In the wake of the company’s 30th anniversary ad campaign, they recruited Kaepernick as the face of this milestone.Following the decision, Nike faced protests and boycott threats, but  a jump in sales clearly indicated that Nike’s solidarity with Kaepernick was being repaid by the consumer.

But soon, the attention shifted to Nike’s own diversity as a company public records show that in 2019 less than 10% of its 300-plus vice-presidents worldwide were black.

“During this past year, we’ve stepped up our own efforts and measures of accountability in the areas of diversity, inclusion and belonging to foster an inclusive environment and attract a more diverse workforce,” Nike’s CEO John Donahue  said in a statement released on June 5th .

The company has also made a pledge of $40 million over the next four years to “support the black community in the US”. 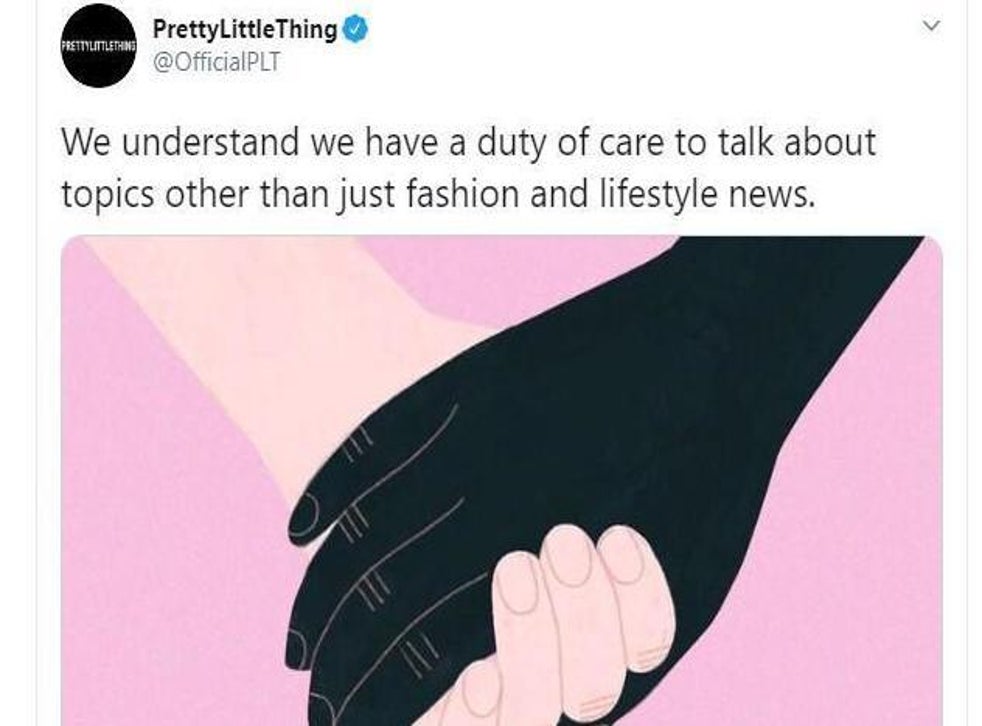 After Pretty Little Things tweeted out the picture they also tweeted this right after “We send our condolences to the families of those tragically and innocently killed and we will do all we can to support the fight against racism. We ask everyone to stand together in this time of need. Let’s fight together, not against each other.”

The tweets left many people confused. The brand deleted the tweets after almost an hour and a half, and there has been nothing posted by the brand since.

The tweet caused outrage within multiple communities and it left numerous people confused. The brand later deleted the tweet after almost two hours and since that moment forward nothing has been posted by the brand about the BLM movement.

Makayla London, an instagram influencer, called out Fashion Nova and said  “Dear @fashionnova, as a brand I signed a long term contract with, advertise and co-sign online, why are you silent during this tragic time in our country? Where is your voice for us when you benefit largely off black influencers?”

Due to this outrage amongst people, Fashion nova pledged 1 million dollars to the Black Lives Matter movement and this tactic has shut everyone up, dismissing the fact that this would have not happened if they did not fear losing their black customers who provide the majority of their income.

This event is a spectacle in such a large topic: Racism. Racism is the belief that different races possess distinct characteristic qualities that distinguish them as inferior or superior. We have seen this play out in multiple circumstances and even on television.

One particular situation in which the true nature of a company jumped out was in China. A laundry detergent company ran an advertisement in which a dark skin black man was “ washed” in a washing machine and came out as an Asian man. The woman who put the black man in the washing machine had a content look in her eyes due to the change of color from black to white . When this was questioned due to the outage from people all over the world the owner of the detergent brand made a statement.

“I don’t know much about the advertisement,” the owner of Qiaobi laundry detergent, who identified himself as Mr. Xia, told BBC Chinese’s Grace Tsoi. He said he did not realise it was racist until it was pointed out to him: “To be honest, I didn’t really pay that much attention to the advertisement.”

Ways You can support

Diversity in a company is very important when structuring, it is essential to incorporate people of different backgrounds in order to acquire knowledge on how to effectively accomplish a mission without being offensive towards a group of people.

Support local businesses whenever possible and research the companies you invest in. If they don’t support all of us, then we shouldn’t support them. And, sadly, they won’t listen until we speak with our wallets.You can support local initiatives by looking into organizations such as:

National Bail Out: This is a Black-led group of lawyers, organizers, and activists that are working together to end mass incarceration. Donations help them bail-out community members and provide supportive services.

Chicago Community Bond Fund: This organization maintains that people who are unable to pay bonds have higher rates of incarceration, longer sentences, loss of housing and jobs, separation from their families, and loss of custody. They also advocate bringing an end to bail bonds.

Atlanta Solidarity Fund: This fund supports people in Atlanta who have been arrested for taking action against social injustice. They are focused primarily on bailing out arrestees and give priority to those with the greatest financial need.