Amid polarized politics, voting proves to be more important than ever 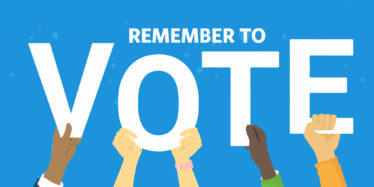 As liberals and conservatives, Democrats, Republicans and “undecided” voters are early voting and heading to the polls, the polarized and at times hostile dynamic of this voting season has proven that casting ballots could be more important now than ever before.

Although  the country has made tremendous progress in how we exercise our constitutional right to vote, that wasn’t always the case. Before anyone of age could cast their pick on a ballot, in the beginning of U.S. government history, only white males who were the age of 21 or older were allowed to vote. When it came to African Americans, discrimination became a prevalent barrier within many states. Many non practical practices were exercised among African Americans to prohibit them from voting. These practices would include tax polls, grandfather clauses, and literacy tests. As a result of these practices, it sparked the creation of the 14th and 15th Amendments. From 1865 to 1870, these articles of human rights would grant all citizens to vote, regardless of their race or background.

Gender has also played an extensive role in earning our human right to vote. Until the 1920’s, women weren’t eligible to participate in this process. With the exception of a few select states, women were denied voting rights.To prohibit this practice, the 19th amendment was passed which granted women the right to vote 100 years later.

Today, citizens who are the age of 18 are allowed to vote regardless of race, gender, and background, thanks to the 15th amendment. Many states, excluding North Dakota, require citizens to register to vote. Once registered, your vote can be distributed through Congressional and Presidential elections.

You might be familiar with presidential elections, which take place every four years and the votes are determined upon the Electoral College, but what about Congressional elections? These elections take place every two years. They are conducted through state and local governments. The House of Representatives and Senate take their place for reelection. The nominations are then determined by the vast majority—you.

Why is it so important to vote?

You might be asking yourself, well why is it important to vote in the first place? Voting facilitates the movement for policy changes on a local, state and national level. Our human right to vote enables our voices to be heard regarding the issues facing our world. From climate change to how your taxes are spent. Your nomination can determine what you want your government to do. In short, getting your voice heard can make a difference.

Although presidential elections take an indirect approach as the Electoral College is the foundational system that indirectly decides which presidential candidates holds office for the next year, that is not the case for midterms such as the Federal elections. With these elections, your vote is directly counted. According to usafacts.org “The 2018 election had an unusually high voter turnout rate for a midterm, which typically have voter turnout rates about 10–20 percentage points below presidential election”. In some cases,  a candidate can win the majority by a close vote and this is where you come in. For instance, if there are 50,000 votes for every 500,000 citizens within a state, that accumulates about 10 percent of that state’s population!

Exactly who participates in these elections? 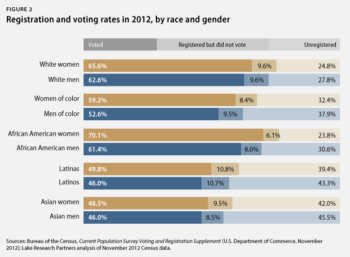 Now 10 percent may not seem like a lot but let’s see how these numbers play out within our demographic.

Also in the article it states, on average 45% of US citizens participate in the midterms and 57% participate in presidential elections. Between racial and ethnic groups, most voters are white and non-hispanics. In the 2016 election, there were about 59% black voters, 49% were asian and 48% were hispanic.

Let’s analyze age groups. In the same article it states, there is a 20% gap between seniors and younger people. During the 2016 election, there were only 39% of people between the ages of 18-24 who voted, compared to 63% of seniors.

Whose votes matter the most? Young people. Young people make up about half of the voting population. Young adults such as millennials have the advantage through social media as a chance to evoke change. Yet many Americans aren’t informed on their constitutional right to vote. Why is that?

Why are there so many misconceptions regarding voting?

“Well one of the reasons that there are misconceptions is what’s going on right now with voter suppression,””, stated World History teacher Mrs.Carney. “That there are people, that there are forces out there that really do not want us to vote. They don’t want us to vote, so they are telling people who are not as informed, that voting is not on november the 3rd, that they cannot go to the polls or their polls are closed”.

Voter suppression, what is that exactly? Voter suppression are tactics used by politicians to “manipulate political outcomes”, According to ACLU.org. These tactics include voter ID laws which are laws placed in states that require citizens to have valid Identification in order to vote and systematic disenfranchisement to name a few.

How do we alleviate these methods? “I think that Americans need to become more political and more intelligent about what is actually going on and the choices that they make at the polls”, stated Mrs.Carney.

How do we stay informed?

How do you make an informed decision the next time a vote is cast in a ballot? According to Ohio Literacy Network, “Making an informed vote means that you make a decision based on facts and information.

Although these are applied in the case of a regular voting season, the COVID-19 pandemic has created a new reality for our polls this year.

How will this year’s election look like amidst a Pandemic? 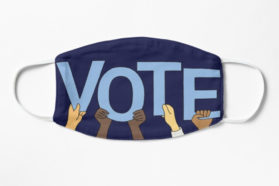 An extensive review has been constructed in the wake of the pandemic, during this year’s election. Many states have created bills, in an effort to “address both the practical and legal questions around running elections while also decreasing the potential for spreading of the virus”, according to ncsl.org. In the same article, these bills help decompress issues such as absentee and voting by mail, and bills related to public health and elections to name a few. But how are states allowing you to vote this year?

From the research of ucsusa.org, states are taking the safe approach in getting votes through the access of registering from home, mailing a vote, as well as in person voting through calculated voting centers.

With these measures that have been set by state legislations, the fate of America resides in two words: Your voice. “I think that people are gonna come out, I have a dream that people, that there will be people circling around the blocks, all around the blocks voting their choice. Even in the midst of this pandemic. I believe that people want to speak out”, stated Mrs.Carney.

If you are turning or are currently 18, click here to find out more about how you can use your voice in this year’s election.