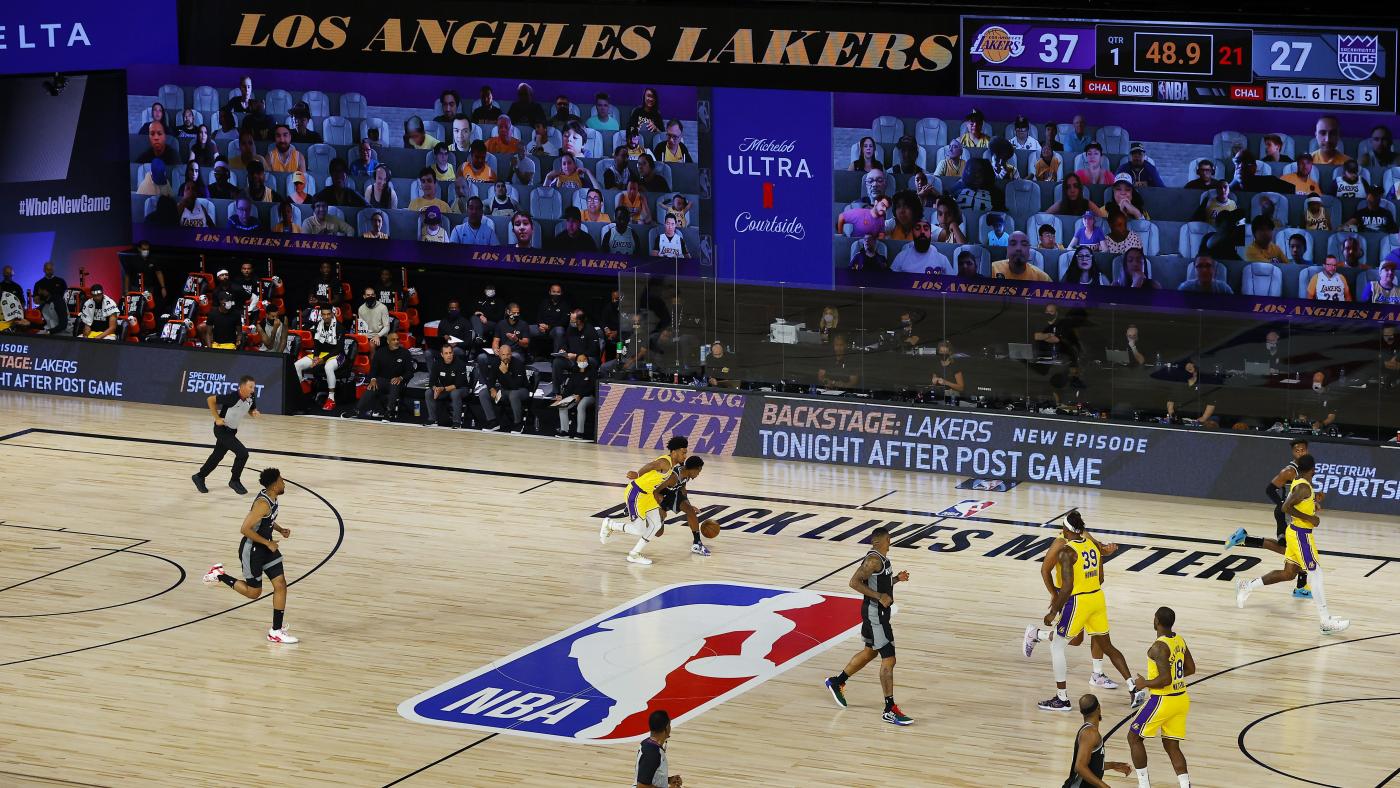 The NBA offers the NBA League Pass where you pay $200 for a subscription which comes along with no commercials, all game replays and even classic games that you never get tired of watching. Let’s say you want to see your favorite team play from a fan’s point of view. you can literally do that for free in the comfort of your home. The NBA made it so if you register for slots of a game and claim a slot before they run out, then you just got yourself a live game to watch from the stands.

The virtual experience in the NBA puts you on a monitor where they give you a background that looks like a seat in the stands, and all the monitors are set up making it look like normal stands from a far. You have your screen in half, one on the game and the other is a camera of your section in the stands where you can see yourself and other fans watching and cheering. This allows you to do the wave, dance, and just be funny on television in front of millions watching the NBA game for free.

“We wanted to create something that would bring our fans to the players,” said Sara Zukert, the NBA’s head of Next Gene Telecast in an interview. “It’s also a way to give fans the opportunity to feel like they’re interacting while enhancing the broadcast for everyone else at home.” 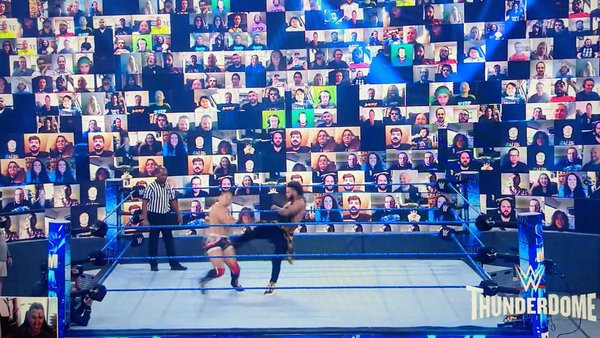 The WWE is like the NBA in the sense where you can watch the game normally and you can turn on your camera to see yourself on the TV broadcast in the stands. You can also get in for free if you get a slot but the only difference is that you watch the game normally from your screen. The slots aren’t guaranteed, so you may try to enter the thunderdome but it may say “full”  even though you selected a slot but a trick is to keep refreshing to get the available slot.

The MLB haven’t introduced virtual fans but they have improvised with the empty stands by adding fan cutouts in them. The MLB fan cutouts cost $50 and have your face smiling to the players and broadcast while you sit at home watching the game and staring at your own face in the stands. It may seem silly (It really is) but that’s the point: it brings life and support to the players working hard on the pitch as the price for the cutouts is roughly around the price of a ticket. Meaning fans paid to be there but just as cardboard cutouts.

Some MLB players found it quite easier to perform well sometimes, as having no audio of fans may help them to play better. Additionally, they could differ how they play compared to what they practiced. With just cutouts, some MLB players feel like it’s practice and feel a little more comfortable, as they can take what they practice into better use. fans have chances to win the ball used in the actual game if the ball hits the fan’s cutout as a foul ball which leaves room for surprise as you just anticipate the ball to hit your cutout.

The NFL decided to implement artificial crowd noise to make the game feel like it has thousands of fans in the stadium. The noises include touchdowns, foul play, free-kick, etc. The NFL didn’t want the games to feel like you’re watching high school football or the training ground for the players. They wanted it to feel like the game you enjoy. This allows each stadium to have a different sound and uniqueness to it as there is a different crowd noise to each one.

The NFL made sure the crowd noises weren’t too high where it would blow your TV speakers and the players’ ear drums, or too low where there would be no point since no one can hear it. The audible noise of a crowd is just as effective as an actual crowd because when you think about it, players don’t look at the crowd during their game unless it’s to celebrate, or in between halves/quarters, but they do hear the crowd’s cheers throughout the whole game.

Since the beginning of the season, different teams have had different regulations in terms of if they will have actual fans or not.  For example, the Miami Dolphins are allowing fans at 20 percent capacity–roughly 13,000 fans–in the stadium to adhere to state guidelines.

Should you try and become a virtual fan?

The experience as a virtual fan can be seen as a positive and a negative. Being able to see your face on a TV broadcast would be awesome but being absent from the screen too long will disband you from a monitor and be replaced with another member. So sleeping, taking a number 2 that last 30 minutes or doing anything besides watching the game for over 15 minutes will remove you from your virtual seat. The NBA made it mandatory for participation.

Yes, this may be harsh but at the same time while you sleep or are on your phone during the game, there’s a fan who would kill for the virtual seat to participate and have fun on the monitor in the stands. The fans represent the sport as much as the sport represents the fans so if you were watching a game with the Los Angeles Lakers or the Miami Heat and saw fans sleeping or not at their monitor, the game wouldn’t feel as energetic as if actual fans that would participate and make the game feel exciting were there.

“So a virtual seat will never be as good as a real seat but to me just feeling like you’re at the game again, feeling like a fan again is a win,” said Patrick Welter, journalist for Spectrum Sports 360 in his experience.

So is it worth the time to try and win a slot for a virtual seat?  The answer would depend on what type of fan you are. If you are a true fan who loves the sport, have time on your hands for the game and will participate throughout the whole game then yes because you will enjoy the excitement and experience of the virtual seat and you will contribute to the excitement of the game. If you are a casual fan who wouldn’t necessarily contribute to the excitement of the game or even be able to watch the entire thing then the answer would be no.

Is this the future of Sports?

The officials of the NBA and WWE showed determination to provide a sense of interaction through virtual seats was appreciated by the fans. There has been criticism to the virtual seats as many found it weird or inconvenient. There are an equal number of fans and even more who found it unique and fun to be in a virtual seat. The fans asked for the return of the sport games and the officials delivered. They brought the entertainment value with the energy aspect by introducing the virtual seats. So as it stands, fans will stay ‘virtual’ for while in the crowd of sport games.